Home > Athletics > A FORGOTTEN HERO: THE STORY OF MAKHAN SINGH 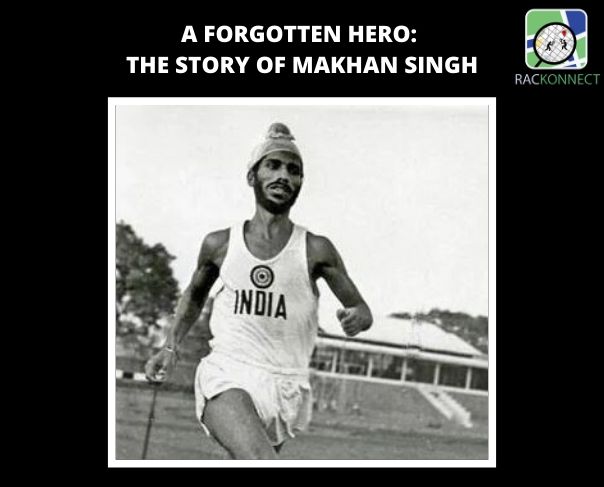 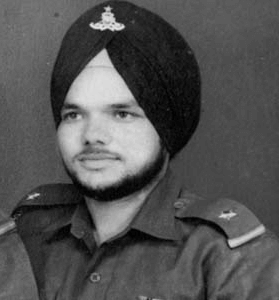 Makhan Singh was an Indian track and field athlete in the 60s. He won many medals for the nation. Makhan Singh represented India in the 1962 Asian Games and the 1964 Summer Olympics.

He was born in Bathulla village in Hoshiarpur district of Punjab on 1st July 1937.

He took to athletics after joining the Indian Army in 1955. His first brush of success came in 1959. While participating in the Cuttack National Games, he took the bronze medal. 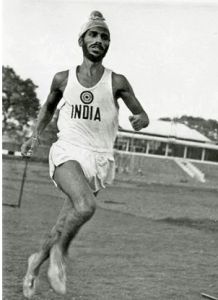 National games were held at Calcutta in 1962. Here he arrived on the scene. He competed in the final of the 400-metre race with Milkha Singh. He went past ‘the flying Sikh’ and won the gold medal. Makhan Singh was on the front page of every newspaper the next day. 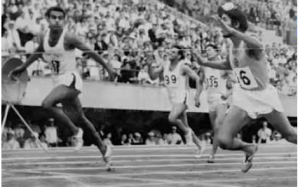 Milkha Singh mentioned in an interview that he feared only one athlete in India, and that was Makhan Singh. He rated him higher than Abdul Khaliq of Pakistan. 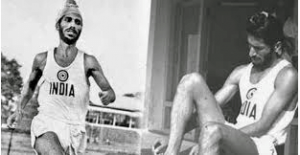 Later in 1962, he went to Jakarta to participate in the Asian Games. He won the gold medal in the 4X400 metre relay race. Daljit Singh, Jagdish Singh, and Milkha Singh and he, set a new Games record in the final. Makhan Singh also earned silver in the 400 metres.

He continued to impress at the National games with his speed. Makhan Singh collected four golds at Jabalpur in 1962 and, two golds and one silver at Trivandrurn in 1963.

Makhan Singh received the Arjuna award in 1964. He ended his career with 12 Golds, 3 silvers, and 1 bronze medal from national games.

He retired from the Army as a Subedar in 1972. Now, his life took a turn for worse. He would drive trucks on Mumbai, Pune, and Nagpur roads to make ends meet.

Prateek Sharma wrote a book on him. The title was ‘A Forgotten Hero: The King of the Racing Paths.’ As per Sharma, Makhan was asked by his well-wishers why he was driving trucks in spite of being such a great athlete. He replied, “If you have to praise yourself about your success, then that success is not worth it. If your success is recognized by the world, then that is a real achievement.”

In 1974, Singh married 21-year old Salinder Kaur and had three children — Inderpal Singh, Gurwinder Singh, and Parminder Singh. Inderpal and Gurwinder passed away due to an illness and lack of medical support. The eldest son Parminder was physically challenged.

The ace runner met with an unfortunate accident in 1990. It wounded his right leg. The diabetic Makhan didn’t take the injury seriously. Later he was diagnosed with gangrene. To save his life, Makhan Singh was forced to sever the limb. That was not the end of his problems. No financial aid was provided by the government. The proud Sikh declined money from his sister Surjeet Kaur. He had to borrow some amount from a village neighbour to get an artificial leg.

Singh opened a stationery shop in the village of Chabbewal. The shop was 3 km away from his home. Makhan Singh could not sustain as cycling for 3 km on one leg for four years proved to be taxing. Milkha supported him in getting a kerosene oil depot. Sadly, he couldn’t earn enough to lead a respectable life. In 2002, at the age of 65, Singh died of a cardiac arrest.

His family continued to live in poverty. His family was thinking about selling his awards and his sports blazers to make ends meet. 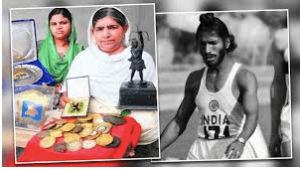 After the release of the movie Bhag Milkha Bhag, he came back to public attention, 11 years after his death. Leader of the Opposition, Sushma Swaraj raised the plight of his family in the Parliament.

Taking cognizance of it, the Union Petroleum and sports ministries extended 5lakh rupees’ assistance to his family. His son Parminder was also given the job of a peon at the District Sainik Welfare Office at a monthly salary of Rs 7,000.

Makhan Singh’s story paints a dark picture of the sporting atmosphere in India. It highlights the reasons why Indian parents don’t encourage their children to take up sports as a career. It’s a slap on the face of the system. Let’s hope, we don’t see such a case in the future.

TOP 5 ATHLETICS RECORDS THAT ARE HARD TO BE BREAK