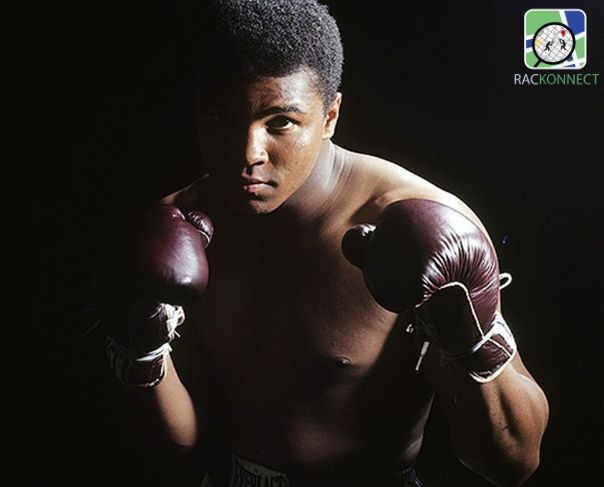 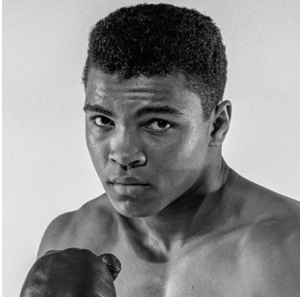 “What keeps me going is goals.” “The man who has no imagination has no wings.”
These motivating words are from the greatest sportsman of the previous century. He was an American professional boxer, activist, and philanthropist. His name was Muhammad Ali.
Ali was born on 17th January 1942 in Louisville, Kentucky. His birth name was Cassius Marcellus Clay Jr. 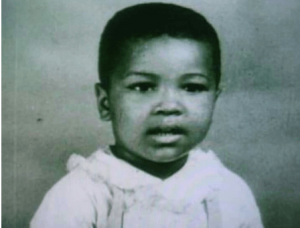 At an early age, he showed signs that he wanted to fight, inside and outside the ring. While growing up, he faced racial prejudice and discrimination.
His hidden talent of boxing was discovered with an odd twist. At the age of 12, his bicycle was stolen. He told the police officer, Joe Martin, that he wanted to beat up the thief.
Joe Martin was a trainer of young boxers in a local gym. Clay Jr started going there. He imbibed the art of sparring and his boxing career started. 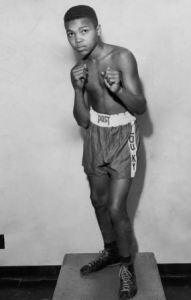 In his first amateur bout in 1954, Clay won by the split verdict. At six feet three inches, he was an imposing figure inside the ring. A few years later, he won the National Golden Gloves Tournament of Champions and the Amateur Athletic Union’s national title in the light heavyweight division. 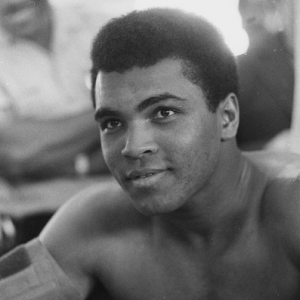 Clay earned a spot in the US Boxing team for the 1960 Olympics. The world noticed his lightning speed and flawless footwork in Rome. He punched his way to the finals after winning the first three bouts. In the summit bout, Clay displayed bazooka boxing. He won the gold medal with a robust display of blows.
https://www.youtube.com/watch?v=-DkLQiijQos
The national hero turned professional. Louisville Sponsoring Group provided the help. Clay continued to win fights in the ring.
He joined the Black Muslim group of Islam in 1964. He converted to orthodox Islam and settled for the name, Muhammad Ali.
The military-drafted him in 1976. With his views of the Vietnam War, outspoken Ali started a different fight. He refused to fight. Ali was arrested for a felony and stripped of his world titles and boxing license. 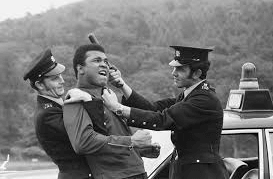 The court sentenced him to five years of imprisonment. As a consequence, he missed four peak-years of his boxing career. Finally, the Supreme Court overturned his conviction. 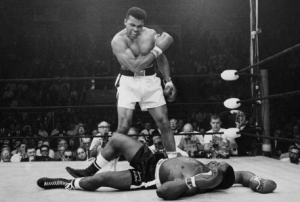 He returned to ring. His record of beating 21 boxers for the world heavyweight title, and winning 14 unified title bouts stood for 35 years. He has been ranked the greatest boxer. Various magazines and polls (BBC, Sports Illustrated to name a few) adjudged him as the greatest sportsman of the 20th century.
Ali had a career record of 56 wins, 5 losses, and 37 knockouts. He hung his gloves at the age of 39 in 1981.
He was very provocative and outlandish in self-praise. Ali knocked out Sonny Liston in 1964 and became the heavyweight champion of the world.
Ali’s fight with Joe Frazier is known as ‘Thrilla in Manila’. Frazier’s coach threw in the towel during the 14th round. His fight with George Foreman is called ‘Rumble in the Jungle.’ It was the greatest sporting event of the 20th century. A record of 1 billion people watched it on television. With the ‘rope-a-dope’ technique, he stunned the opponent with an eight-round knockout win. He beat Leon Spinks to win world heavyweight title for the third time. 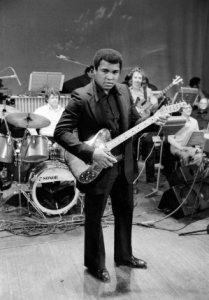 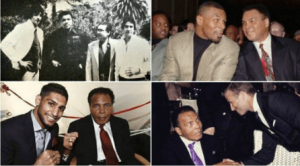 He also rose as an actor. He released two autobiographies, ‘The Greatest: My Own Story’ and ‘The Soul of a Butterfly’. Many international personalities were his die-hard fan. 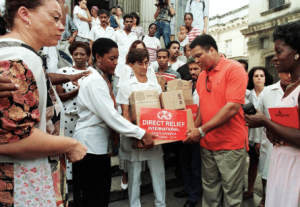 After retirement, he switched attention to religion and charity. He was diagnosed with Perkinson’s syndrome in 1984.
His imprint on mankind goes beyond the ring. He was one of the most inspirational figures of the 20th century. In his life, Ali practised Islamism and good deeds. It is believed that he helped to feed more than 22 million people afflicted by hunger across the world. He donated millions to charity organizations and disadvantaged people. 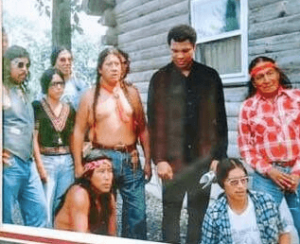 Ali also declared his support for the Palestinian struggle to liberate their homeland. He participated in Chicago rally for Palestine support. He participated in ‘The longest walk’ in the US. It was a protest march in support of Native American rights. 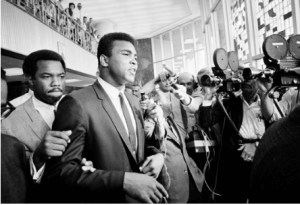 He remained vocal against US policies in International relations. He tried to pursue the Israel Government to release Muslim prisoners from the Atlit detainee camp.

He raised awareness about the famine victims of Sudan. In 1989, he participated in an event with actor Dilip Kumar for the education of Muslims in Kozhikode.
Before the Gulf war, he met Saddam Hussain and requested him to release American hostages. He helped the Rwandan genocide victims in 1994. He supported the ‘Black lives Matter’ movement.
“Service to others is the rent you pay for your room here on earth.” It was one of his famous lines.
Ali lit the flame of the 1996 Summer Olympics in Atlanta.
https://www.youtube.com/watch?v=80wMMFAcweQ
In his words – “You don’t have to be in a boxing ring to be a great fighter.” Ali remained a high-profile figure for African Americans. He was a hero for civil rights activists, underprivileged and destitute of the world. 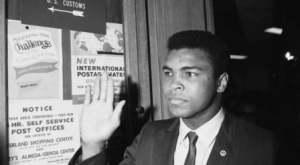 Ali took his last breath on 3rd June 2016. He was 74. His status as a legend continues to grow even after his death.
“If they can make penicillin out of moldy bread, then they can surely make something out of you.”
“When you can whip any man in the world, you never know peace.”
These are two quotes of his, will forever move us.

Aditi Ashok: The prodigy who changed the perception of Golf in India