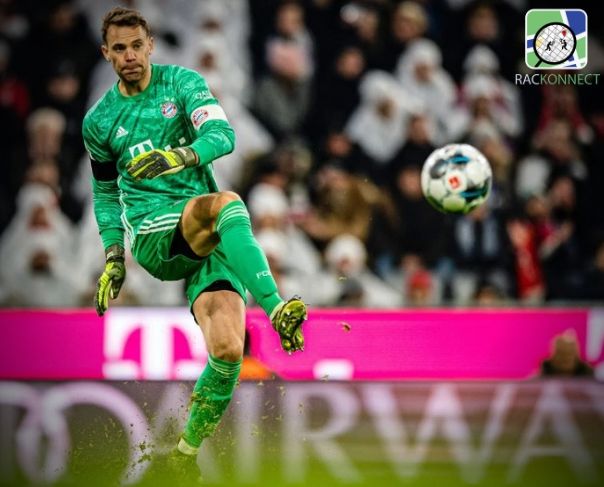 After an abrupt pause brought on by the outbreak of COVID-19 halted all major footballing activities on the globe, some parts of Europe are finally breathing a sigh of relief. Germany, on the better-placed countries in terms of combating against the virus, is set to become one of the first countries to welcome back the beautiful game after controlling the growth curve.

German chancellor Angela Merkel on Wednesday announced that the Bundesliga will continue behind closed doors. Once it starts, the German Premier League will be the first major league in the world to resume playing after the world was crippled by COVID-19.

A meeting between the German chancellor and other leaders gave the green light to the league’s governing body, DFL, to schedule the re-start of the league. The earliest date has been set at 16th May. A meeting between the 36 clubs in the top two divisions will be held on Thursday digitally to discuss the schedule of matches in the Bundesliga and Bundesliga 2 in detail.

Bayern Munich sit on the top of the table, four points ahead of Borussia Dortmund. Karl-Heinz Rummenigge, Bayern Munich’s chief executive, is keen on the league to resume as soon as possible.

“We are now looking forward to resuming play, ideally from mid-May. This ensures that the sporting decisions are made on the pitch and not in the boardroom,” Rummenigge said. “I would like to expressly thank the DFL and the medicine task force for the excellent organisational and medical plans. I appeal to everyone involved to follow the guidelines in these plans, which are the basis for resuming play, in an exemplary and disciplined manner.”

Managing director of German Football League (DFL) Christian Seifert said, ““Today’s (Wednesday) decision is good news for the Bundesliga and the 2nd Bundesliga. It is associated with a great responsibility for the clubs and their employees to implement the medical and organisational requirements in a disciplined manner.

With 13 of the 36 teams in Germany’s top two divisions reportedly on the brink of bankruptcy, the league needs to claim around 300 million euros ($325 million) from TV contracts to keep these clubs afloat and that may only be possible if the season is completed.

“Games behind closed doors are not an ideal solution for anyone. In a crisis threatening the very existence of some clubs, however, it is the only way to keep the leagues in their current form. On this day, I would like to thank the political decision-makers from the federal and state governments for their trust.”

There have been 10 positive tests from 36 clubs in Bundesliga and Bundesliga 2. Last Friday, Colonge reported three positive cases. However, not all clubs are too keen to resume playing. Werder Bremen is in opposition as the local government has denied them permission to play its home games at the Weserstadion, their perennial home ground.

Domestic matches in Croatia and Serbia are also set to resume on May 30 behind closed doors, subject to government approval.

The rise and rise of Erling Braut Haaland