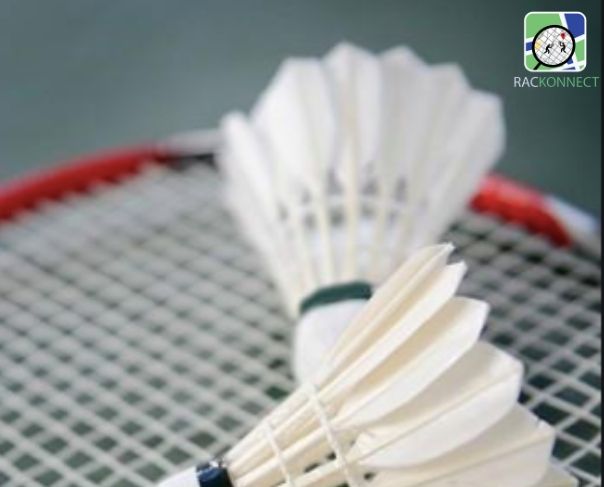 Badminton is the perfect sport for a beginner to pick up. It is super fun, keeps you in shape, and is an excellent hobby for some.

Beginners who pick up Badminton are more focused on getting the shuttle across the net, but in doing that, they strike the shuttle anyhow. Their aim is to be able to contact the shuttle at any cost, and to see that it lands in the bounds of the court.

Not only will it help improve your game, but it will make playing Badminton more fun and competitive.

So what is meant by a stroke in Badminton? Well its quite easy. The motion of a swing taken by a player just before he/she is about the hit the shuttle is called a stroke. In order to hit a proper and accurate shot, choosing the right stroke, and making sure it is executed correctly is essential.

There are four basic strokes a beginner should start to learn. They are:

Teaching these four strokes is like setting the foundation for Badminton to a beginner. It is playing these strokes that can help a beginner improve his/her game so that in the future, he can progress to more difficult strokes.

Let’s take a closer look at these strokes:

Toss: This is also known as a ‘clear’. The idea behind hitting this stroke is that it keeps you in the game and gives you time to react to the next stroke. When your opponent is in the rear/ front court, using a toss will force him to run back. This may give you an opening to play an even better return as your opponent may be caught off guard.

How to play a toss: Watch this detailed video to learn how to play the

Drop: The drop shot is played from the back of the court in order to start putting pressure on the opponent and forcing them to play a weaker return. If you have played a very good and quick drop, then chances are you have pushed your opponent to be under pressure and make a high return back to you.

This will then give you an opening to play a more attacking stroke, and eventually win the point.

Here is how to play a basic drop

Lift: Whenever your opponent has played a downward stroke, you should be able to sustain the pressure and continue the rally by playing a lift. A lift is played from the forecourt and should be played to your opponent’s backcourt. A lift will keep you in the game, but it can also be used as a deceptive shot if played with the correct timing and execution.

Here is how to play a lift at the net. It can be played from the forehand and backhand

Keep at the net: The keep at the net is a great shot to play. It should be learned at the early stages as the net shot/ keep when perfected can be built on to play very advanced and deceptive shots at the net, that could easily win you the rally. Learning the net keep is instrumental and shouldn’t be skipped. It might take some time to get it right; it may not go the way you want it to, but that’s all ok. It will start coming with practice.

The net keep forces your opponent to come to forecourt and is most effective when he/she has played a drop. It puts a lot of pressure on your opponent.

Here is how to play it

Keep these four basics strokes in mind. Learn them, practice them, and master them. Once you do that, learning the more advance strokes will become very simple and will come naturally. Do not miss these or skip these as these are the building blocks to playing good Badminton.

Football try out tips to keep in mind to make the team.