Swimming is a part of the Olympics since 1895. It is one of the original games in the Olympics. Swimming is an individual race that takes place in water. The competition takes place in pools or open water like lakes, the sea etc. The USA ranks first in swimming and has 256 Gold medals combining all the categories for swimming. Below is the list of top five swimmers in the world. 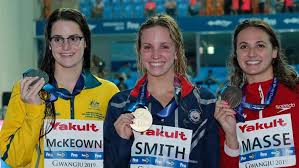 Smith is amongst the most talked athletes of the year. As the year progresses, she will be the toughest competitor for the Tokyo Olympics 2020. She hails from America and currently holds the world record in the backstroke race for 100 and 200 mts. And another world record for the USA women’s 4 x 100 Medley Relay. 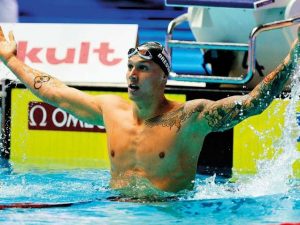 Caeleb Remel Dressel also dwells in America. This super swimmer born on 16 August 1996 has won several Gold medals in World Aquatics Championship 2017. Dressel is an expert in freestyle, breaststroke, and butterfly swimming. He stood as an Olympic Gold medal Champion two times. Currently, he is the record holder for 100 m butterfly and 50 m freestyle.

In 2007, after Michael Phelps, Dressel became the second swimmer to win seven Gold medals at a single World Championship. At the 2019 World Aquatics Championships held in South Korea, Dressel became the first American man to win a gold for Men’s 4 × 100 m freestyle relay. Following that he secured a gold in the 50m butterfly. He set a new national and championship record time of 22.35 seconds for the event. 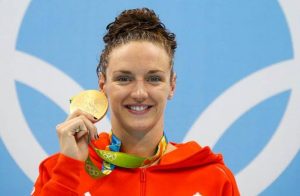 
Also, she has captured almost two-thirds of the Hungarian national records. Hosszu was given the title FINA Swimmer of the Year consecutively for three years ie. in 2014, 2015, 2016 and then again in 2018. In 2013, she was the receiver of SwimSwam’s Swammy Award for Female Swimmer of the Year.

Adam George Peaty specialty lies in breaststroke. He is a young English swimmer born on 28 December 1994. Peaty has broken the world record 11 times until now. He is the first man to achieve the World 50 and 100 breaststroke thrice. He also became the first British male to win a Gold Medal in the 100-metre breaststroke at the 2016 Olympics.

Peaty is the Olympic Champion 2016, an eight-time World Champion, a twelve-time European Champion, and a three-time Commonwealth Champion. He is one of the few swimmers to win all the four major international swimming championships. Peaty became the first swimmer ever to win under both the sprint breaststroke events in World Championship. 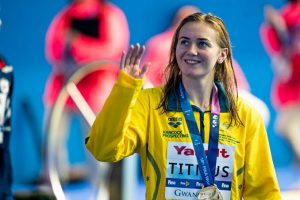 Ariarne Titmus is the Female Pacific Rim Swimmer of the Year. She is an Australian citizen born on the 7th of September 2000. At the 2018 Commonwealth Games, this 18-year old player won gold in 4 x 200-metre freestyle event. In the same year, on 14th December she set a new bar of the world record under the women’s short course category for 400m freestyle competition. She broke Wang Jianjiahe’s record of the FINA World Swimming Championships with a time of 3:53.92.

Titmus was one of the 27 swimmers chosen by Australia to represent itself at the 2019 World’s aquatic Championship. She won a gold medal further breaking the Oceania record in the final with a time of 3:58.76

About Jarry's suspension for anti-doping

Why is swimming a great way to recover?