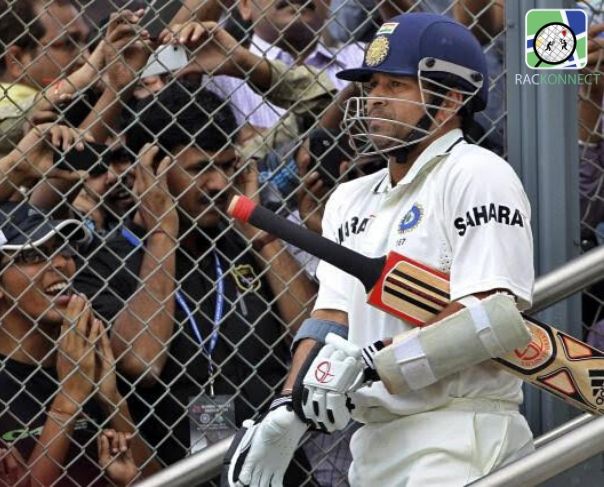 There is a reason why Sachin Tendulkar is regarded as the God of Indian cricket and one of the best players to have ever played the game. It is because of the class, determination and consistency with which he has scored runs in his 24-year-long career. On his 47th birthday, let’s relive the five knocks of Tendulkar that truly defined his greatness. 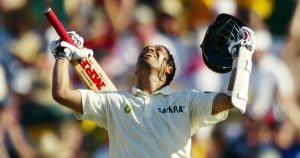 This innings is often regarded by many as one of the best Test innings played by any batsman. This is because Sachin Tendulkar had managed to score these many runs without playing a single scoring shot off his trademark cover-drive. Tendulkar had got out while trying to play cover-drive multiple times in the series and thus decided to curb his instincts and scored a brilliant double-hundred. It was due to this masterclass of his that Australia had to fight hard to save the Test and the series on the final day. 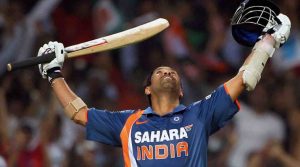 Sachin Tendulkar became the first batsman in the history of ODI cricket to score a double-hundred, a feat that no one thought was achievable before. His innings included 25 fours and 3 sixes which also helped India cross the 400-run-mark. South Africa were bowled out for just 248, handing India a 153-run victory. Players like Virendra Sehwag and Rohit Sharma also went on to reach the landmark bu8t it was Tendulkar who laid the foundation and rightly so. 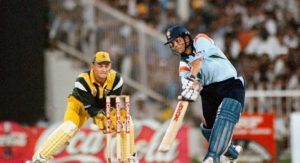 This innings of Tendulkar is also known as the Sharjah Sandstorm as there was a desert storm amidst the game and Tendulkar also was able to play a whirlwind knock. Australia set India a target of 285 but India needed to score 246 in 46 overs to qualify for the final of the Coca Cola Cup. Tendulkar’s blinder of a knock included 9 fours and 5 huge sixes. Although India lost the game, they managed to qualify for the final and that was only due to Tendulkar’s brilliance. 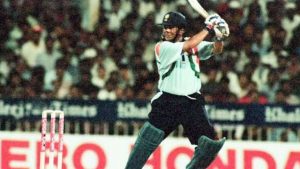 Sachin delivered another masterclass in the final of the Coca Cola Cup as his superb knock of 134 helped India chase down Australia’s target of 273 runs. India won the game by six wickets and Sachin’s brilliant knock included 12 fours and 3 sixes. He single-handedly won the game that too against a tough opponent like Australia and proved the saying that lightning sometimes strikes twice. 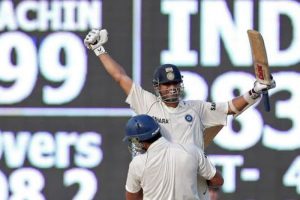 India hosted England for a Test series back in 2008 and the first Test to be played was in Chennai. England played brilliantly throughout the Test and set a target of 387 runs for India to chase in the fourth innings. Virender Sehwag gave India a fantastic start and his quickfire knock of 83 assisted with Gautam Gambhir’s 66 helped India get into a position where they could think of chasing down the target. Sachin Tendulkar scored a brilliant century and his unbeaten 103 which included a fantastic partnership with Yuvraj Singh ensured that India managed to chase down their highest total in Test cricket.