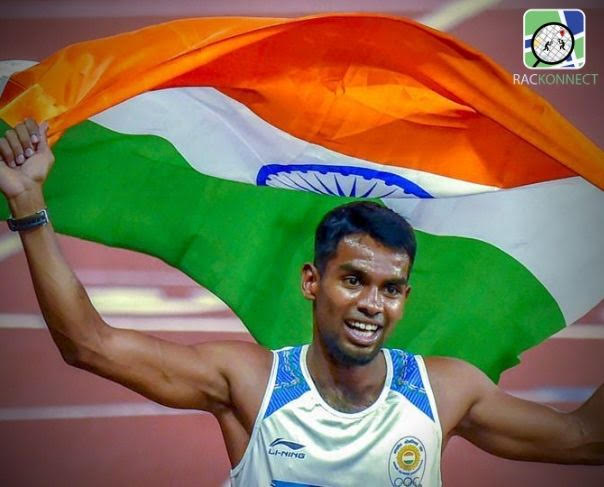 National record holder Dharun Ayyaswamy is back and running, literally. His shin bone stress fracture interrupted his 2019 season after a whirlwind 2018 saw him bag two silvers at the Asian Games in Jakarta.

Ayyaswamy, later, revealed that he had been running in pain since 2016 and even during the Asian Games. Doctors had advised him surgery, but that would make him sit out for 10 months. He could not sit out for that long a period prior to the Olympic qualifiers, and he refused to go under the knife for the same. He changed his training pattern to reduce the pain on his leg and is running better ever since.

Born in Tirrupur district in Tamil Nadu, Ayyaswamy recorded 48.96 seconds in the individual 400 m hurdles at the Asian Games to set the national record. He along with Mohammad Anas, Kunhu Muhammed, and Arokia Rajiv clocked 3:00:91 in the 4×400 meters relay, another national record, in July 2016.

Ayyaswamy made his debut for India at the 2016 Rio Olympics in the 4×400 meter relay, but the Indian team could not go past the heats. 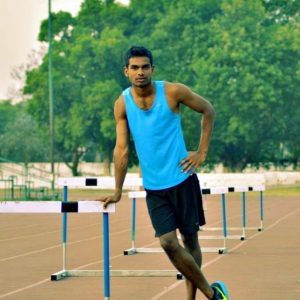 Out of action since September 2019, he is geared up to make a mark in the Olympic Qualifiers. He is preparing to participate in both the men’s 4×400 meter relay and the 400-meter hurdles event. The 23-year-old had said that the Athletics Federation of India (AFI) had suggested him to take part in the men’s individual hurdles only, but he’s geared up to participate in the team event as well.

The qualifying time for the men’s hurdles at the 2020 Tokyo Olympics has been set at 48.9 seconds, a mark he has already breached at the Patiala Athletics Championships in 2019. However, the cut-off time for the quadrennial event was announced after the Patiala event and thus, the sprinter would have to repeat the feat. 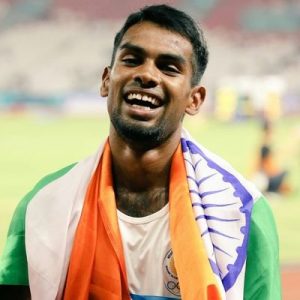 Ayyaswamy has shifted his base from Patiala to Kerala, closer to his home. He has recuperated from the injury and is running more smoothly. Over time, he’ll get more accustomed to the new technique and the slight adjustments he has made and will reach his level or even scale higher up.

Ayyaswamy, if the new technique is comfortable and effective, will only get better at what he does and he is a strong choice for a medal. India has not won anything in athletics at the Olympics, and Ayyaswamy could be the man who breaks that duck and ensures the tri-color reaches the podium.

Neeraj Chopra's chances of winning a medal at Toyko Olympics