Home > Football > Difference between soccer and football that you must know 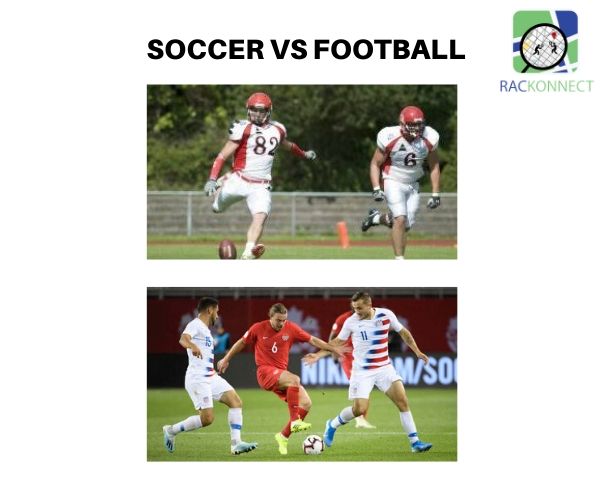 Difference between soccer and football that you must know

Football is one of the greatest and the most popular game played all over the world. For teh world, football and soccer mean the same thing. But, for the United States and Canada football is a completely different game. It is hence known as American Football.


On the surface, both look quite similar but a few differences which them entirely different games. For starters, the scoring system is similar. The team to score the highest goals wins the match. And if there is a tie, the teams are given penalty shots until one of them finally wins. Football is also known as soccer in the world. Hence, the United State’s football is known as American football. 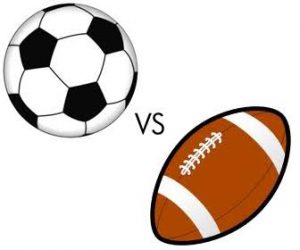 American football is more like a game of rugby, invented in the US itself. It uses an oblong-shaped ball which is thrown and passed among the players. While, soccer is played with a round shaped ball, which is either kicked or headed.

One of the differences which are easily noticeable is the protective armour that is worn. The united states ask the players to wear helmets on their heads while playing football shoulder pads, girdle pads. While soccer does not permit the use of helmets as the players can score a headshot also. They are permitted to wear only shin pads, and cleats. 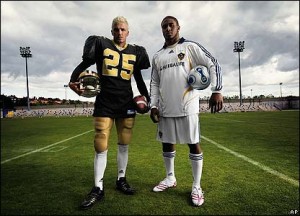 Another difference is that in soccer, the ball is passed from one player to another by kicking the ball. Only the goalkeeper is allowed to use hands if there is a need or the ball goes out of boundaries to make a throw. On the contrary, in American Football, the ball is mainly thrown and kicked only if it requires a field goal which is known as return punt. 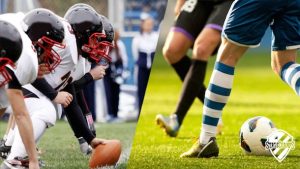 The other difference is the yard size. It is almost the same. A football field is 120 yards long and 30 yards wide. While the soccer court can range from 100 to 130 yards long and 50 to 100 yards wider. Though the rules of soccer and football are almost similar, the game time has a wide difference. Soccer is played over 90 minutes with a half time of 45 minutes each. While football is played over a period of 60 minutes with half-time of thirty-minute each.

Another big difference is the popularity of the sport. Soccer is prevalent in countries like Europe, Africa, South America and large parts of Asia. American Football is limited to North America. Soccer is famous globally and there are lots of leagues and associations formed. It competes at the international level.

5 Players who have played for most number of ISL Clubs

How has coronavirus affected football globally?