Home > Badminton > Everything you need to know about Badminton 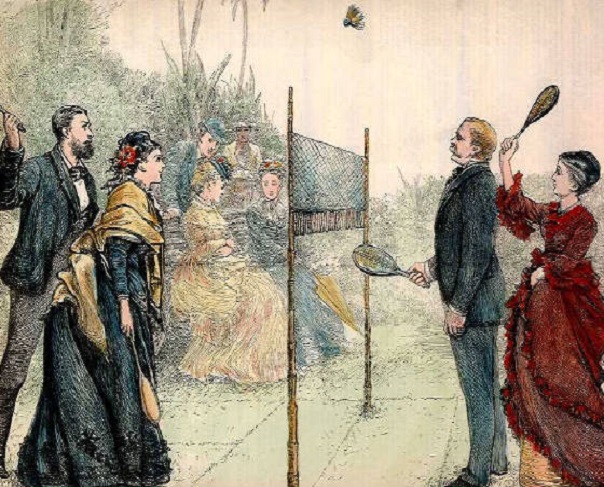 The history of the popular game of Badminton can be traced back to about 2000 years. Believe it or not, badminton was first played with the foot. Luckily from there, the game has progressed!

But it gets even stranger. Badminton was initially played without a net and the object of the game was to hit the shuttlecock continuously on a paddle (volley style) without stopping. Can you imagine playing badminton like that? We have truly come a long way.
If you were playing Badminton like how they did before, then you’d look something like this: 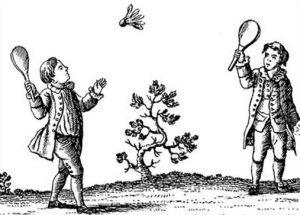 About Badminton:
Badminton is an extremely fun and athletic sport that people fall in love with easily. It involves twisting, jumping, running and lunging all at once! Doesn’t that just sound like your ideal workout?

Badminton is an indoor racket sports game that was recognized by the Olympic federation as an Olympic sport in 1992. And even though Badminton was introduced so late at the Olympics, a staggering number of 1.1 billion people watched it. This speaks volumes about its popularity.

The dimensions of the court are 44 feet by 20 feet with the net at a height of 5 feet at the centre of the court. 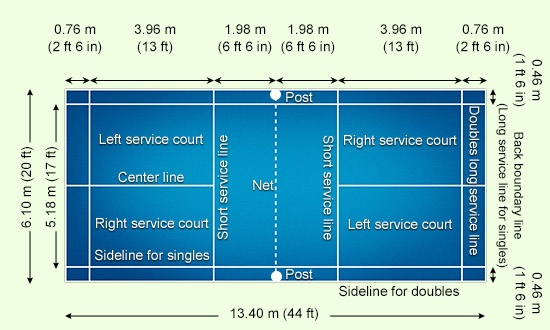 The equipment required in badminton is a racket and a shuttlecock. Typically the shuttles are made out of feathers but beginners use plastic too. Here’s how it should look:

-In a tournament, the scoring of any match is best of 3 games which consist of 21 points each.

In the event when the score of a game is 20-20, it is the difference of 2 points that is counted which is extendable up to 30 points. Hence at 29-29 all, the player who scores the next point wins the match.

In singles, the outer lines running through the court on the side are considered out. The backbox in the corner is out too, but if the shuttle lands within the two baselines it is considered right.

In singles, the server has the right to serve up to the second baseline.

In doubles, if the shuttle lands in between the outer line and the first line it is considered right. Basically, the entire court is available for play when it comes to service.

However, in doubles, the server cannot serve in between the two baselines.

There are some other faults one should keep in mind while playing badminton. They are:

Yes this may seem like a lot of instructions and information to remember and no I don’t want you be bored by reading these rules; hence kick back, relax and watch this video:  Click Here

The 5 biggest upsets in the history of the French Open