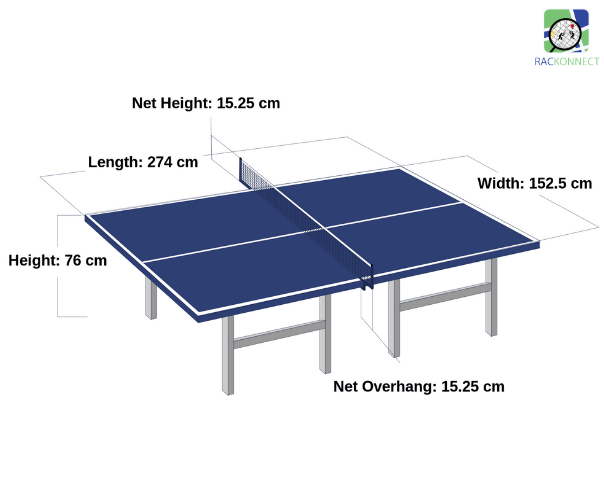 Table Tennis or Ping Pong is an international sport that has been taken very seriously in recent years.

There are tournaments and all sorts of clubs dedicated to serious players.

If you have had the privilege of playing the game, you know how addictive it can be, and you’re new to a wonderful world.

But there is so much that you have yet to learn.

We’re going to be showing you a little more about Ping Pong/table tennis.

The game started as a parlour game in the late 1800’s. Anyone could play the game as long as they had a table, a paddle and a ball.

The name Ping Pong was created by the English firm J. Jacques and son, and later trademarked by Parker Brothers, the American board game firm.

The game grew in popularity, and soon tournaments were being hosted by The Table Tennis Association.

Slowly, the game began to spread to the rest of the world, and the game is only growing today.

The sport is so popular that it has been recognized as an Olympic sport, appearing first at the games in Seoul in 1988.

The men’s singles match at the last games was watched by more than 2 billion people! And in China, the sport is played at work, at school and anywhere else really.

Table tennis athletes receive the same recognition as national heroes and pop stars, so you can just imagine how popular the sport has become.

Although this was a rather brief history, table tennis has had a rough time getting where it is today, and it hasn’t always been smooth sailing, but it has come far despite many difficulties.

Today, the International Table Tennis Federation (ITTF) is the reigning authority in the table tennis world.

When you want to know anything about the sport, you can go to their website.

The overall point of the game is to win the match, by winning enough points to win more than half of the games played between you and your opponent.

A point is won when the opponent cannot hit the ball over the net and onto the other side of the table.

The game is won when you are the player/team to win more 11 points. You also have to be 2 points ahead of your opponents.

In the event of a 10-10 tie, then each server only serves one point before switching.

In the event of a 10-10 tie, then each server only serves one point before switching.

After the game, the servers will switch sides.

In the final game, the servers switch sides after one of the players reaches 5 points.

The ball has to rest on an open palm, then the player must toss it up at least 6 inches and then hit, so that the ball bounces on the server’s side and then the opponent’s side.

If the serve is legal, but it touches the net, it is called a let serve. These serves aren’t scored and are reserved.