Home > Tennis > Everything you need to know about Tennis 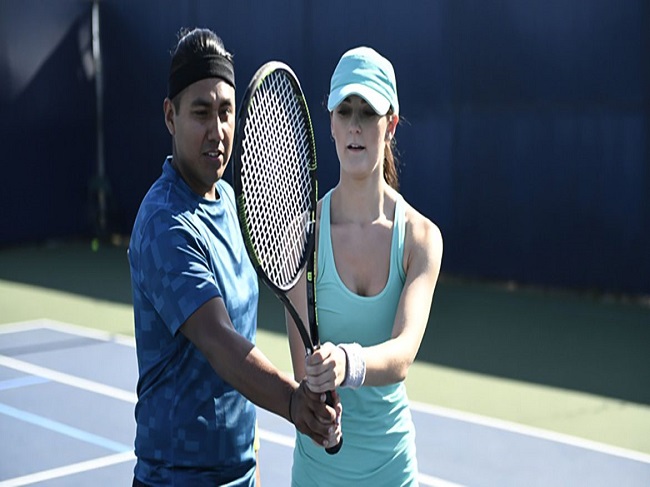 Ever heard of “Love” giving you zero points. Yes, tennis is that kind of a game. Tennis started in the 12th century and has evolved from playing with palms to royal tennis to tennis that we know of today.

In the world of tennis “Grand Slam” is an essential competition that plays an essential role in the life of a professional tennis player where they prove their skill on the ground. Let’s dive deeper into the world of Tennis Grand Slams and understand the whole scenario better.

Also called the Majors, The Grand Slam tournaments are the most vital four annual tennis tournaments. It starts from the Australian Open that happens in mid-January, then the French Open (popularly known as Roland Garros) which takes place in May through early June, The coming third is the well renowned Wimbledon happening in June-July and ending with the US Open which is in August-September. The tournaments also very in the conditions they are played in apart from the obvious geographical scenarios. On the hard court, the Australian and US Open are played, whereas the French Open is played on Clay with Wimbledon being played on grass. The oldest and most known of these is Wimbledon which started in 1877.

The Rules of the Game

Grand slam tournaments are played with the format of best of 5 sets and are not operated by Association of Tennis Professionals (ATP) but International Tennis Association. It is an open competition where players with 500 world ranking or better can take part. If interested you can also download the complete rulebook here ( provide the link).

We will help you understand scoring basics, how to play the sport with tennis terms and things that you should probably know if you are a tennis lover.

The game of tennis is played on a rectangular-shaped court which can be the hard court, clay or grass with either format of two players (singles match), or four players (doubles match). The grand slams also host games for physically challenged people but it has some different rules so as to make it feasible for the players to play. We won’t be covering the rules of that pattern here.

The game generally happens with two opponents or teams standing on either side of the net which is in between. The game is played by a stringed racquet. The strings are most commonly made of nylon.

The ball is served with one bounce on the opposite side of the net and the other player has to hit it back to return it over the net and within the boundaries of the court. If the player fails to do so then he loses a point and that point is won by other players. This rule of one bounce is not applicable in wheelchair tennis as they are given two bounces.

The aim of the game is to win enough points to win a set, and enough sets to win a match.

You’ve got the gear. The opponent you challenged through Rackonnect ( https://rackonnect.com/en/) is there, You’re on the court. What now?

Now the traditional manner to decide courtside and serve is spinning the racquet and the winner of the spin will have the option to choose a side, or serve and can also impose his will on the opponent to which the opponent cannot back out. 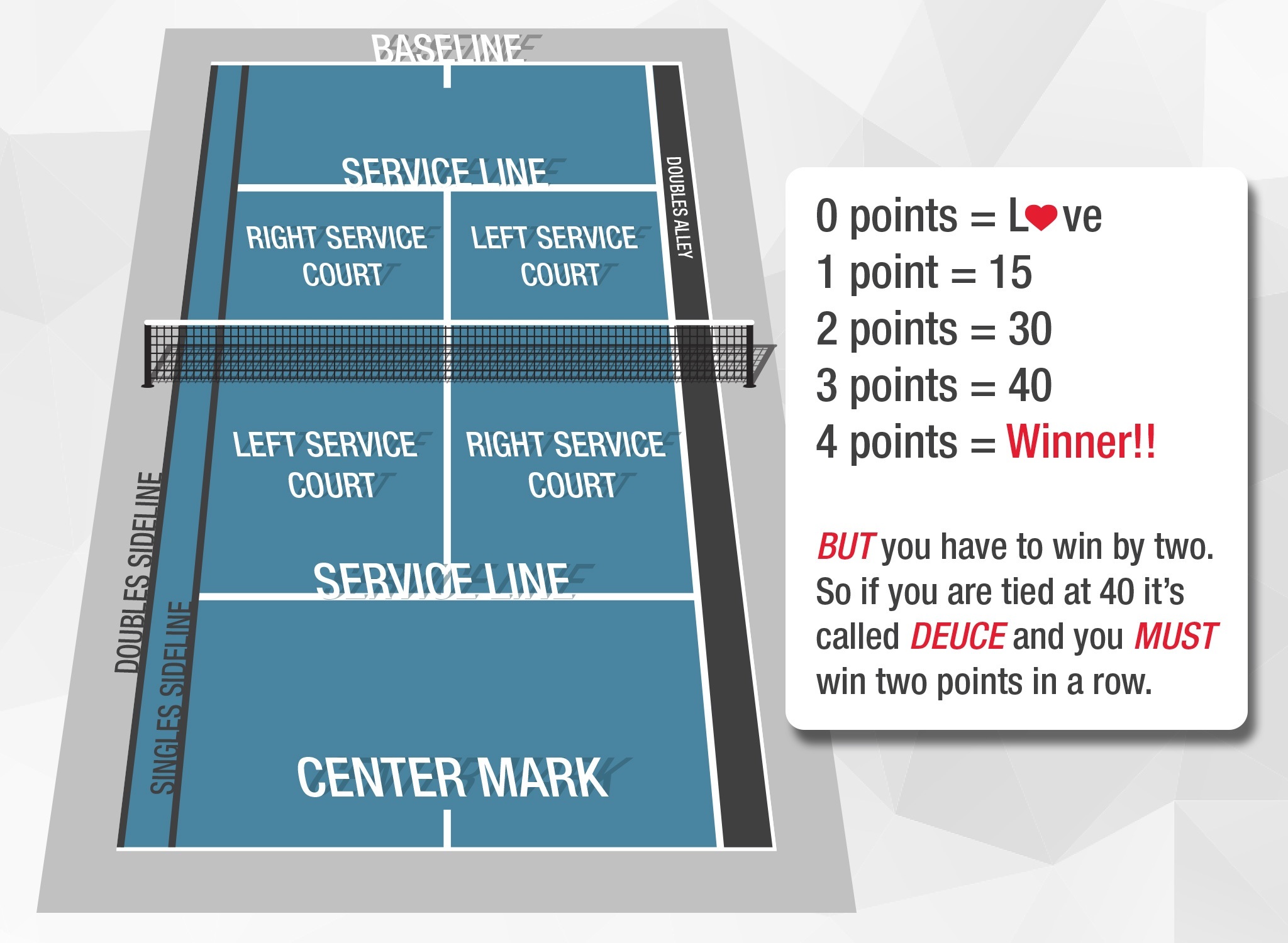 If the score becomes 40-40 or 40-all then this is known as deuce. In this case, one of the players or teams will have to win at least 2 points in a row to win the whole game. The first point is called Ad-In and vice-versa is known as Ad-Out. The second point is the winning point in both cases. If this doesn’t happen then the game goes back to deuce. Just a fun fact, the longest game of deuces took place with 37 deuces in Surrey grass-root championship at Surbiton. In the Wimbledon Grand Slam history, John Isner and Nicolas Mahut played the longest ever tennis match which went on for 3 days. It took place over 11 hours and 5 minutes with Isner coming out victorious 70-68 in the final set.

Coming to the winning point of the game

There are two main ways of scoring a set: The advantage set and the tiebreak set.

In this, to win the set, a player or team is required to win six games, by two. Meaning that there is no tiebreak game played at 6-6. The set continues until one player/team wins by two games.

The players have to switch sides after the end of each odd game meaning that they will have to change after the first set and then after 2 each. Though the Grand Slams follow best of 5 patterns, the most common format used to play a tennis match is best-of-three tiebreak sets. Effective from 2019, the Grand Slams will showcase the following different ways to win a final set.

Mastering the proper terminology may not help your forehand or serve, but at least in conversation, you can hang with anyone. There are plenty of other scoring and rules to be learned, but hopefully, this will get you started! For finding players with same passion towards the sport, please click here to download Rackonnect.

Leander Paes: A Throwback to the 1996 Olympics