Home > Football > Favourites of your favourite footballers: Who picked who? 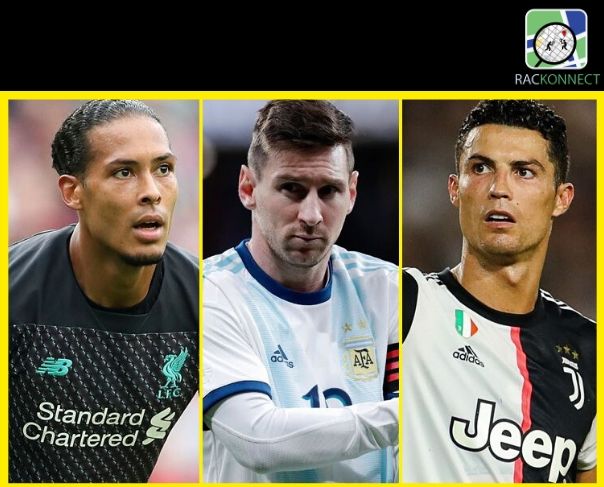 Football players have over decades inspired the next generations. There are several footballers who have self-admittedly told the world that a former player was the reason why they took up the sport. While legends like Pele looked up to their father, followed his footsteps and earned the status of a demi-god, current heartthrob Kylian Mbappe has said Zinedine Zidane was his biggest influence growing up.

The PSG star, who was one of the key players in France’s 2018 World Cup victory, has all the attributes to become a world beater and for many, will take on the baton from Cristiano Ronaldo and Lionel Messi as the best footballers in the world. Let’s take a look at who are the favourite players of the current world beaters.

“Well, I’ve had phases,” he said. “To start, as a child, it was Zidane. If you’re a boy and you’re French, your idol is Zidane.

“After that, it was Cristiano [Ronaldo] and I’ve been lucky enough to face him. Then it was the Brazilian Ronaldo for the way he played.

“I want to leave that sort of a mark with my values, to leave a message in the history of football.”

“I started playing football in a school back in Sao Vicente when I was five years old, going towards six,” Neymar said. “Those were my first steps, among those kids, and then I kept going.

“But when I started following Santos, Robinho was my favourite player. He is my greatest idol. Today, I have a lot of them, after learning more about football, but back then I was a huge fan of Robinho’s.

“I was always trying to do what he did: his dribbles, plays and goals. And I started practicing so that, someday, I could become as much like him as possible.”

On being asked about his favourite footballer of all time, Van Dijk picked Joga Bonito’s ambassador Ronaldinho. “Ronaldinho. He was one of my idols,” the Liverpool centre-back responded.

While picking his favourite countryman, Van Dijk went for Marco Van Basten. “Marco van Basten. I never saw him properly play but I know he was pretty good.”

Sadio Mane has named former Senegal international El Hadji Diouf as his favorite player he grew up watching in the game of football.

The Liverpool forward won the African Footballer of the Year award in 2019 and picked his choice at the event.

“I was a Liverpool fan. My family that lives in England was Liverpool supporters so I was, too!” he explained in an interview.

“I loved Michael Owen, because I was really small like him and quick, too! I compared myself to him at the time. I liked Zidane and Ronaldinho too – those really skilful players!”

This is not the best kept secret in the world – Leo Messi’s favourite player is former Argentine playmaker Pablo Aimar.

“Pablo Aimar will always be my idol. I enjoyed his game, and I’ve followed his journey since he was at the River (Plate).

“He is the best player in the world. I am very grateful to him.”

Cristiano Ronaldo has always been a trendsetter. Not as innately talented as his arch-nemesis Leo Messi, the Portugese star has managed to be on the top of the game by sheer hard work and untiring dedication and drive to training and goalscoring. His favourite player was no other than himself.

“I’ve never seen anyone better than me. I have always thought that. No footballer can do the things I can.

Let us know in the comment section – Who’s yours?