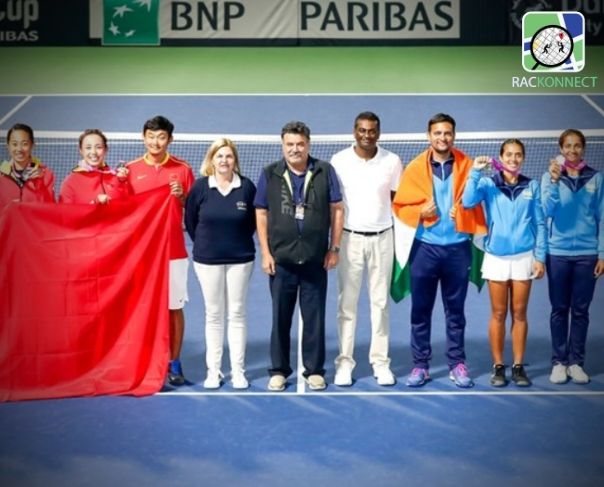 The Indian Fed Cup team created history to reach their first-ever play-offs in the FedCup, with Ankita Raina’s remarkable performance, which helped Indian gain a 2-1 win over Indonesia in Dubai. 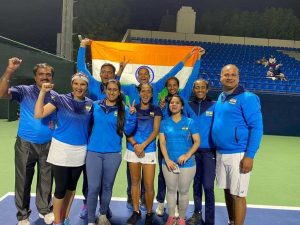 Up against the 16-year-old Priska Madelyn Nugroho, Rutuja was expected to start positive in the match. However, the world no. 433 shows signs of nerves from the very first set as she lost 3-6 in the first set. She looked in her element in the second set, where she bageled her opponent 6-0 to level the match 1-1. In the third set, the 15th ranked Indonesian made a comeback after saving three break points to win the third and deciding set 6-3.

After this unexpected setback, the onus was on Ankita Raina to change the situation for the Indian team. Ankita had lost her previous two singles in the tournament. However, she surpassed the challenge of Aldila Sutjiadi, to win the match 6-3, 6-3 in straight sets, leveling the tie 1-1.

In the tiebreaker, the experienced Sania Mirza and Ankita Raina partnered for the third consecutive time to beat Aldila Sutjiadi and Priska Madelyn Nugroho in the women’s doubles match. The first set went up to a tiebreaker, where the Indian pair managed to win it 7(7)-6(4). The Indian duo won the second set 6-0 to take India to its first-ever play-offs.

India gets promoted to the play-offs which are scheduled in April, after finishing second after China in the Asia/Oceania Group 1.

The Indian non-playing captain was ecstatic with the win and said, “It’s a historic moment and to be part of it feels surreal. I am proud of each and every member of our team — the players, physio, coach, manager. We all came together and worked towards a common goal.”

Fed Cup 2020: India lose 0-3 to China in their first match, next they play against Uzbekistan