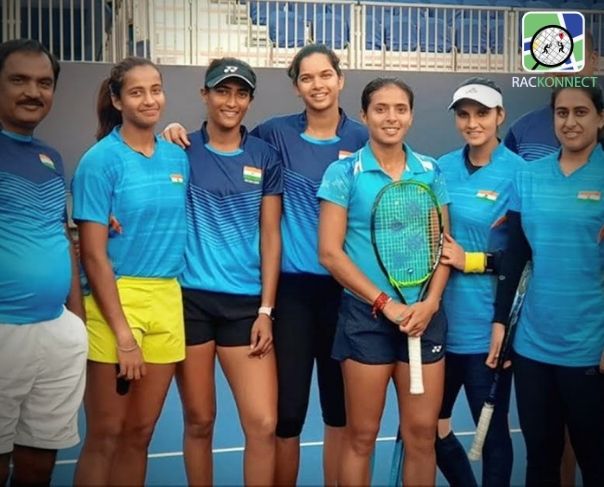 The Indian Fed Cup team produced an impressive win against Chinese Taipei to remain in contention of creating history as they collected their third consecutive win in the FedCup Asia/Oceanic Group I tournament held in Dubai.

The top two among the six nations will qualify for the play-offs which are scheduled from 17-18 April. Former World no. 1, Sania Mirza showed her class after winning the deciding rubber of the tie for the second time along with Ankita Raina. 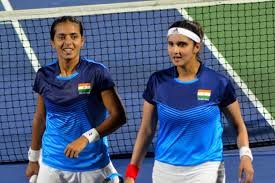 Bhosale made a confident start against the 15-year-old, Ye Yi Yang of Chinese Taipei.  After splitting the first two sets, Rutuja looked slipping away fast as she trailed 0-4, but she eventually made a remarkable comeback taking the match to a tie-breaker.

However, Rutuja had to save three match points to win over a player who is placed at 852 as compared to her 433rd position, before finishing the two hours and 44 minutes long match at 6-3, 3-6, 7-6.

A second consecutive loss for Ankita Raina, as she couldn’t capitalize on her first set win and eventually lost 6-3, 2-6, 3-6 against En Shuo Liang.

The tie was locked at 1-1, but Sania Mirza and Ankita Raina helped save the decider for India. The two most experienced players of the Indian tennis teamed up for a grueling 3 set match against former World no. 1, Latisha Chan and En Shuo Liang.  They ensured a 6-4, 4-6, 6-4 victory in two hours and 24 minutes.

After the initial loss to China, India has remained undefeated so far in the tournament. They have played persistently to maintain the second position in the round-robin league standings with one match to go against Indonesia.

Indonesia will be the final edge for India to pass to make it to their maiden play-off’s appearance in Fed Cup history.

Just starting Tennis? Here are tips you need to know!