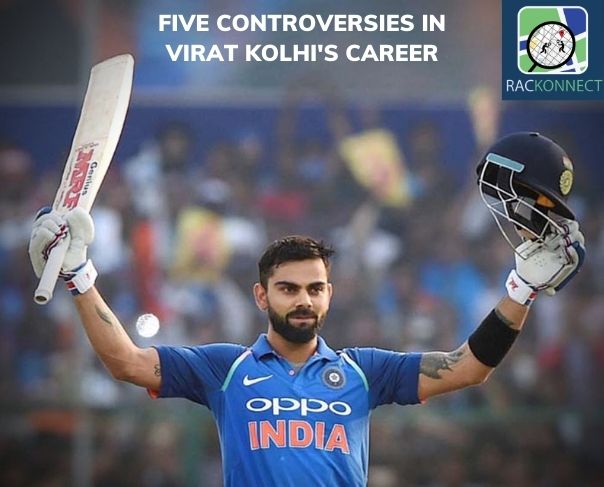 Virat Kolhi is one of the greatest cricketers of all time. The Indian skipper has taken the quality of Indian Cricket to greater heights. However, despite his outstanding skills as a batsman and skipper, there are many occasions when he has been aggressive and lost his temper. This has led to many controversies in his career. Take a look at five of the controversies till now.

This is by far one of the biggest controversies of Virat Kolhi. During the launch of his app on his 30th birthday, he interacted with his fans, where one fan commented that he prefers watching England and Australian players to Indians.

To this, Virat replied by saying, “I don’t think you should live in India, go and live somewhere else.” The video went viral on social media and Virat responded by saying, “all for freedom of choice”, adding, “I guess trolling isn’t for me guys, I’ll stick to getting trolled!”

This happened in 2012 when the Indian team was on a tour of Australia. At the Sydney Test match, some spectators started abusing Virat. At that time he was standing near the boundary line and when he heard the abuses, he was angered and showed his middle finger to the people which was captured in the camera.

#3 Inviting Anushka Sharma to the Pavilion

During the 2015 edition of the IPL, Virat breached the BCCI’s code of conduct when he invited his girlfriend, Anushka Sharma to the pavilion. This happened during the match between Royal Challengers Bangalore and Delhi Daredevils. The rule clearly stated that no one except the players and the officials sporting BCCI/ICC cards are allowed into the pavilion. Eventually, Virat was handed a warning by the board for violating the rule. 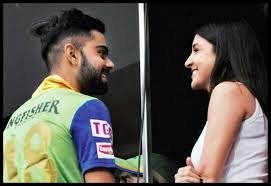 This incident happened in 2015 where many fans targeted Anushka Sharma whenever Virat did not perform up to their expectations. One such instance occurred when the fans blamed the Bollywood actress for Virat’s failure at the 2015 World Cup semi-final. He was irked by this behavior and took to social media to revoke against their immature comments.

The same year he abused a journalist felt that the journalist had written something controversial about his relationship with Anushka Sharma. Later it was learned that he targeted the wrong journalist and therefore, apologized for his behavior.

#5 Wearing Shots during the toss

For a practice game against Cricket Australia, the captain, Virat Kolhi walked out in his shorts for the toss. The critics and fans lashed out at him for this act as he did not wear the Indian Jersey and just wore the sweatshirt.

Indian pace-bowling in One-Day Internationals: How far have they come?