Home > Cricket > Hunger of playing for India stronger than ever, says Jaydev Unadkat 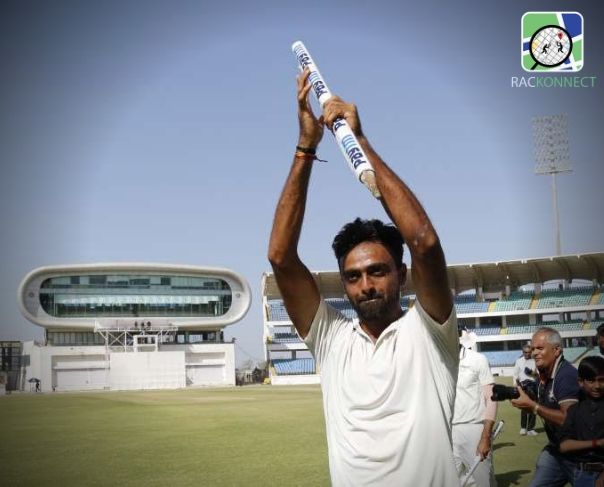 Jaydev Unadkat was extremely upbeat after having captained his Ranji Trophy side Saurashtra to its first-ever title. Through his performances, he showed that he is not a one-dimensional bowler who is capable of bowling only in the IPL.

He took 67 wickets this season at a brilliant average of 13.23 which included match-winning spells in the semifinals and the final. He took the all-important wicket of Anustup Majumdar in the final which titled the game in favour of his team. After this amazing win, he revealed that his desire to play for India had increased even further.

“I still have that hunger to make a comeback. The hunger has never been stronger than this and that actually kept me going throughout the season. To be honest, it was challenging physically surviving the season. Bowling those long spells as a fast bowler in almost every game,” Jaydev Unadkat was quoted as saying by PTI.

“I just want to keep this phase going. I don’t want to end it here. Yes, we have won the trophy and I am the happiest captain in the world right now If I can say that,” he further added.

Unadkat made his Test debut back in 2010 against South Africa, which till date is his only appearance with the red ball. He represented India in 7 ODIs, the last of which was played in 2013. He had a breakout IPL 2017 season playing for the Rising Pune Supergiant and winning the Purple Cap for taking the most number of wickets. This helped him get into the Indian T20 team and he last played a T20I against Bangladesh in 2018.

Fellow Saurashtra teammate and Indian batting mainstay Cheteshwar Pujara lauded Unadkat’s efforts and believed that he was very close to representing the Indian team. Unadkat revealed that winning the Ranji Trophy was a dream that he was trying to fulfill since a long time and now he believed that he was ready to take the next big step ahead in his career.

“The second question about IPL does matter a lot to me. I have been working harder than many guys, as hard as any other cricketer in the country to earn my rewards. It was not just the IPL on my mind at any time. Yes, there was an auction happening and people were talking just about that but this was something I really wanted to (win Ranji Trophy),” Unadkat stated.

Is Rohit Sharma a better captain than Virat Kohli?