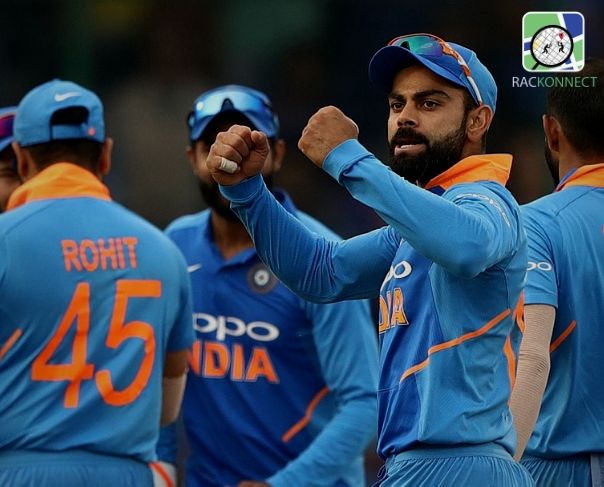 Virat Kohli has always captained his side with his heart on his sleeve. He always gets charged up and shows the intent that he is here to stay and fight it out. However, sometimes people deem his actions on the field to be slightly over the top and express their displeasure towards his on-field behaviour and the banters that he gets into. However, former Indian player and coach Madan Lal believed that he is the ideal skipper any team would want as he motivates his team to do well and leads from the front.

“I don’t understand why people in India are asking him to mellow down,” Lal told Times of India.

“First everyone wanted a very aggressive captain and now you want Kohli to stop his aggressive streak. I love the way he is on the field. Earlier, people used to say that Indians are not aggressive; now that we’ve become aggressive people question that and ask why we are so aggressive. I enjoy Kohli’s aggression; we need a captain like him,” he further added.

The past has proved that whenever Kohli has been triggered by the opposition or is playing after being riled up, he provides his best performances. The recent New Zealand tour showed his lack of intent due to which he only had one score of 50 plus throughout the tour.

“He was out of form. You can say it was a loss of confidence,” Lal stated.

“That (the New Zealand tour) doesn’t take anything away from him. He is still the world’s best player. At times, technical flaws come in and you then try harder and harder but still you don’t come out of it. It happens to the best of players,” he added.

Kohli had apparently given a send-off to Kane Williamson after his wicket in the second Test and when he was asked by the reporter whether he was setting a right example, he took a dig at the reporter by telling him to research properly before asking any question.

Aggression brings out the best in Virat Kohli and thus it is important for him to be expressive on the field. In India’s tour of Australia in 2018, Kohli had a banter with Tim Paine which he eventually won having won the series 2-1. With the Australian tour scheduled again towards the end of the year, it will be interesting to see what lies in store for Kohli and his men.