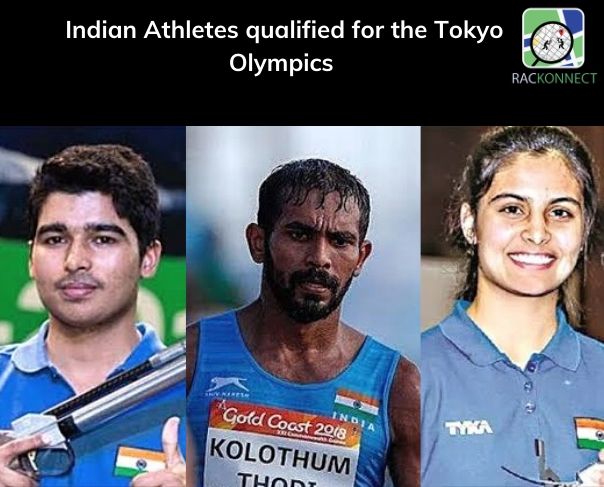 62 Indian athletes in 6 disciplines have earned a quota at the Tokyo Olympics this year with many more in contention to book their place.

Take a look at the athletes qualified so far.

On 2nd November, the Indian men and women’s Hockey team ensured their berth at the Tokyo Olympics 2020 after their respective victories at the FIH Hockey Olympic Qualifiers 2019. India’s men’s team, led by Captain Manpreet Singh, played against Russia at Kalinga stadium in Bhubaneshwar. In the first leg, they defeated Russia 4-2, and in the second leg, 7-1, taking the total aggregate goal in India’s favour to 11-3.

This will be the 20th Olympic appearance of the Indian men’s hockey team. 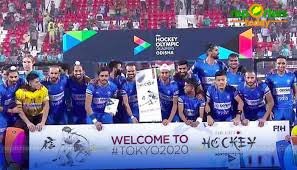 However, the women’s team faced a tricky challenge against the USA. In the first leg, India dominated with a score of 5-1, but in the second tie, the USA scored 4 goals in just 28 min bringing it equal to the score of India. Captain Rani Rampal’ s brilliant strike at the 48th minute saw India finish at 1-4. This bought the aggregate score to 6-5, in India’s favour. The women’s team will be making their third appearance in the Olympics. 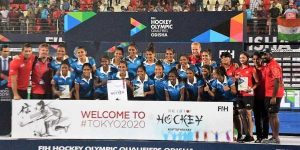 National record holder, Kolothum Thodi Irfan became the first Indian from athletics to qualify for the 2020 Olympics after he finished fourth in the 20 km event of the Asian Race-Walking Championships in Nomi, Japan. The Tokyo Olympics qualification standard was 1 hour and 21 minutes and the 29-year-old clocked 1 hour 20 minutes and 57 seconds to qualify for the Olympics. 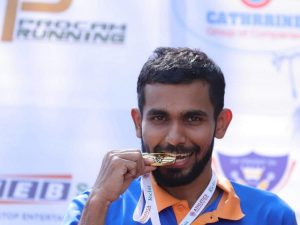 India’s Avinash Sable sealed his berth at the 2020 Tokyo Olympics by clocking a national record timing of 8:21:37 in the men’s 3000m steeplechase final at the World Athletics Championships 2019. The Olympic qualification mark had been set at 8:22:00 and the 25-year-old managed to qualify for the Olympics with a record timing, his second national record in three days, which was 0.63s quicker than the allotted mark. 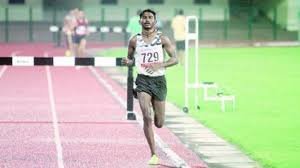 India had something to cheer about on Day 2 of the World Athletics Championships as the mixed relay team qualified for the final of the 4x400m by finishing third in the second heat of the semi-finals in Doha. The team of Muhammed Anas, Vismaya, Krishna Mathew and Noah Nirmal finished behind Poland and Brazil with a time of 3:16.14s to reach the final. The third-place finish also saw the Indian team secure their berth in the 2020 Tokyo Olympics as a result. 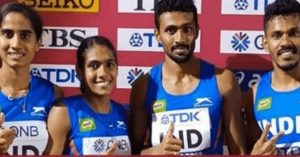 After a no show at the Rio Olympics, the Archery team made sure to not miss out on the Tokyo Olympics. The team of Atanu Das, Tarundeep Rai, and Praveen Jadhav qualified for the Tokyo Olympics with an exceptional performance at the 2019 World Archery championship. 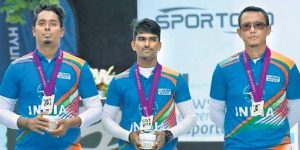 To book an Olympic berth, the team needed to make it to the quarterfinals and they did it almost effortlessly with a 5-1 victory against Norway and 5-3 against Canada. They made it to the final of the competition, where they faced China. Despite a 2-6 defeat against the Chinese archery team, India returned with a silver medal in the competition.

However, only Deepa Kumari managed to get a berth at the Tokyo Olympics after winning a gold medal in the Recurve event of the Asian Continental Archery Qualification tournament, beating compatriot Ankita Bhakat 6-0 in Final. 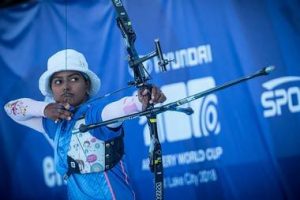 After Hockey and Wrestling, Shooting has bought the most number of medals for India in the Olympics. Rajyavardhan Singh Rathore won the first medal in shooting in 2004, Abhinav Bindra’s historic Gold came in 2008, followed by Vijay Kumar’s silver and Gagan Narang’s bronze in 2012.

India has 15 Olympic quotas for the Tokyo Olympics.

Anjum Moudgil was the first Indian athlete to qualify for the 2020 Olympics in Tokyo by taking a silver medal at the 2018 World Championships in Changwon, South Korea, the first qualification event for the Olympics. She finished behind local star Hana Im with a score of 248.4 in the final of the women’s 10m Air Rifle to claim one of the four Olympic quota places. This will be her maiden appearance at the Olympic Games.

Apurvi Chandela– After Moudgil, the current top-ranked shooter in the women’s air rifle category also made her mark at the same competition. She earned an Olympic berth by finishing in fourth place with a score of 207 in the women’s 10m Air Rifle final. The 26-year-old participated in the 2016 Rio Games, where she finished in 34th place.

Divyash Singh Panwar– The 17-year-old, has taken the shooting fraternity by storm, winning a silver medal at the ISSF World Cup in Beijing earlier this year. The teenager has also won two ISSF World Cup gold medals in the Air Rifle mixed team with Moudgil.

Deepak Kumar– He scored 227.8 in the final of the men’s 10m Air Rifle category to finish third on the podium in the 2018 Asian Championship.

Manu Bankar– The 17-year-old, sealed her berth for the Olympics through the ISSF World Cup in Munich, where she finished fourth in the women’s 10m Air Pistol.

The youngster has been in splendid form, winning gold at the recently concluded Asian Championship.

Yashaswini Singh Deswal– While Bankar was the first to qualify in the 10m Air Pistol category, 22-year-old Yashaswini followed suit soon after winning gold at the ISSF World Cup in Rio.

Saurabh Chaudhary– the 17-year-old who won his Olympic quota with gold on home soil at the ISSF World Cup in New Delhi last year.

Abhishek Verma– The 30-year-old has come into form this season, winning two ISSF World Cup gold medals and an Asian Championship bronze in the last 12 months. He clinched India’s second quota in the men’s Air Pistol with a gold medal at the ISSF World Cup in Beijing.

Tejaswini Sawant– She pocketed a berth with a fourth-place finish at the Asian Championship.

Sanjeev Rajput– the reigning Commonwealth Games gold medallist, claimed a silver medal in the ISSF World Cup in Rio, with a score of 462 in the final.

Aishwarya Pratap Singh Tomar– The 18-year-old became the nation’s 13th marksman to win a quota place after a third-place finish at the Asian Championship.

Rani Sarnobat– The veteran pocketed an Olympic berth at the ISSF Munich World Cup. She finished 19th at the 2012 London Games, but with an Asian Games, gold medal under her belt now will be optimistic of bettering that record in Tokyo.

Chinki Yadav– The young markswoman from Madhya Pradesh clinched an Olympic berth for the nation with a decent performance at the recently concluded Asian Championships.

Angad Veer Singh Bajwa– at the Asian Championship in Doha, with the nation’s Angad Bajwa winning gold in the men’s skeet category.

Mairaj Ahmad Khan– The veteran clinched the silver medal to claim the second men’s skeet quota for the 2020 Tokyo Games. The 44-year-old participated in the 2016 Rio Games, where he finished in the ninth position.

With the likes of Indian wrestlers Bajrang Punia (freestyle, 65kg), Deepak Punia (freestyle, 86kg), Ravi Dahiya (freestyle, 57kg) and Vinesh Phogat (women, 53kg) already sealing a berth in their respective categories with wins at the World Wrestling Championships last year, the eyes will be on the others when the qualification events roll out in 2020. 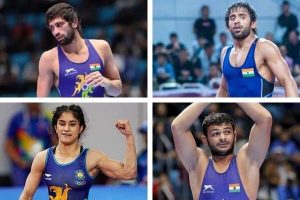 Fouaad Mirza- The 27-year-old Bengaluru boy assured his place in the Olympics in November but it got the official stamp when the International Federation for Equestrian Sports (EFI) released their rankings after the 2019 season. The confirmation was the icing on the cake for the fast-rising star, who just two years ago had broken India’s 36-year equestrian medal drought at the Asian Games, bagging silver in both the individual and team events. 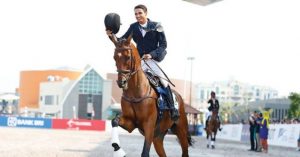 About Jarry's suspension for anti-doping