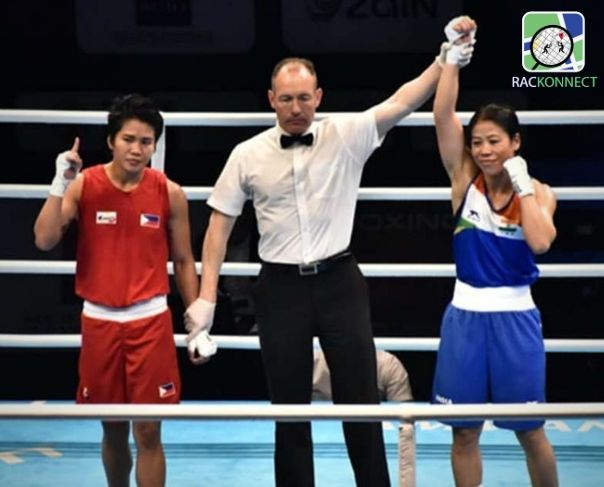 Recently, Indian boxing touched historic heights. For the first time in history, 9 boxers confirmed their spot for the biggest games yet, the Olympics. Before that, India’s highest qualifying number for an Olympics was eight. The team touched that figure during the 2012 London Olympics .

MC Mary Kom overcame off the field challenges. The six-time world and five-time Asian champion lambasted critics after getting the second Olympic ticket. The 37-year-old ended up as the qualifier with a bronze.

24-year Simranjeet Kaur became the first female boxer from Punjab to compete in the Olympics. Unfortunately, the tactics and movements of Yeonji Oh denied the Gold medal to Simranjeet. In the summit clash, the South Korean prevailed 3-2.

Promising boxer from Assam Lovlina Borgahain lived up to the reputation. She eased past Uzbekistan’s Maftunakhon Melieva in the QF to earn the Olympic place. Her crisp jabs and curling cuts did the trick. The Golaghat native earned bronze in 2018 and 2019 editions of the World Boxing Championships. The highest-ranked women boxer was not satisfied. She wants to claim Gold in Tokyo.

Pooja Rani notched up the facile 5-0 win over Pornnipa Chutee of Thailand. It confirmed her participation. It will be her maiden Olympic. Rani is a three-time Asian medallist and a bronze-winner at the 2014 Asian Games. Tokyo will provide her best platform to amplify her status. 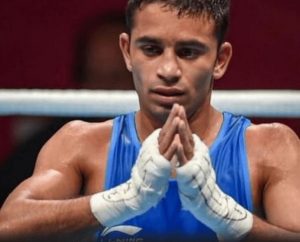 Sensational Amit Phangal put up a valiant show in the final. He squared off familiar foe Carlo Paalam of the Philippines. The split decision read 4-1. He dedicated the Olympic quota to his uncle Raj Narayan on his uncle’s birthday. He praised him for providing the much-needed courage.

In a repeat of the 2018 Commonwealth Games final, Manish Kaushik met Harrison Garside of Australia. 4-1 was the score in his favor. It was sweet revenge for the  World Bronze medallist. The army-man displayed a spirited form and we hope that he will carry the momentum. 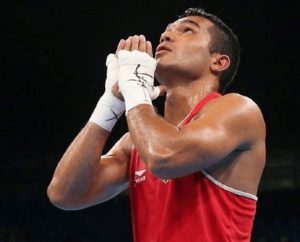 The route for Krishan was not easy. Okazawa kept him on toes. However, Krishnan answered the Japanese with effective right jabs. The Haryana lad earned quota with the bulk of points by straight punches. He moved to professional boxing after Rio 2016. He enjoyed the unbeaten run. Later, he changed his mind due to back injury. It was a sweet return for him in the armature circuit.

Ashish lost his father a month ago. He reached Sundarnagar from the Bangalore coaching camp for the funeral. He overcame emotional challenges and outsmarted the Indonesian boxer 5-0 to fulfill the dream of his family. The Himachal lad is all set to wear the medal in Tokyo. 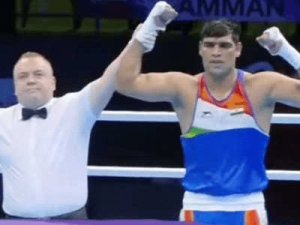 Commonwealth Games silver-medallist and fourth seed Satish Kumar (+91kg) overpowered Mongolia’s Daivii Otgonbayar. The score of the lopsided QF was 5-0. Satish has been on the circuit since 2010. He became the first Super heavyweight boxer from the country to compete in this division.

India has only two Olympic boxing medals so far, from Vijender Singh and Mary Kom respectively. We can pin our hopes on our contenders this Olympics.

Types of lunges to get your desired toned legs