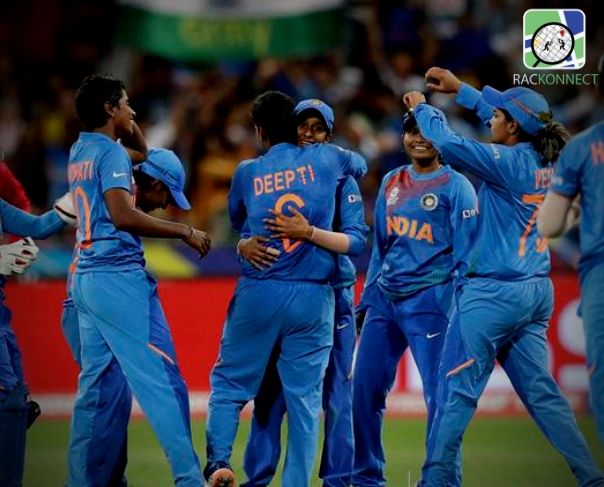 The Indian women cricket team has qualified for the 2021 World Cup after ICC divided points between India and Pakistan from the ICC Women’s Championship. This helped India to scale the top 4 of the rankings, making them eligible for automatic qualification for the 2021 World Cup that is set to be played in New Zealand.

India and Pakistan were set to play a bilateral series under the ICC Women Championship, but the BCCI informed the cricket governing body that it did not receive mandatory government’s clearance to play. Thus, the ICC Women’s Technical Committee invoked the Force Majuere clause, and decided to split the points from the series between the neighbouring countries.

India entered the top four with 23 points. Australia (37), England (29) and South Africa (25) have qualified for the showpiece event. New Zealand, too, have qualified as hosts, and thus, 10 teams will now fight for three spots in the ICC Women’s  Cricket World Cup Qualifier, scheduled to be played in Sri Lanka from July 3-19. This is expected to be delayed due to the breakout of the COVID-19 pandemic.

“With respect to the India v Pakistan series, the TC concluded that the series could not be played because of a Force Majeure event after the BCCI demonstrated that it was unable to obtain the necessary government clearances to allow India to participate in the bilateral series against Pakistan, which forms a part of the ICC Women’s Championship,” an ICC release stated.

India and Pakistan were set to play a bilateral series in the sixth round of the competition, scheduled between July and November 2019. Eight teams were to play each other in a three-match series from 2017-2020 in the ICC Women’s Championship. During the previous cycle, India had forfeited their matches and thus, Pakistan had been awarded full points by the Technical Committee.

Two other ICC Women’s Championship series have been cancelled due to the global breakout of COVID-19. South Africa were set to play Australia and Sri Lanka were scheduled to face New Zealand. The Technical Committee has also decided that these teams will share points as well.

The Women in Blue have played the World Cup on 9 occasions and have reached the finals on two occasions, in 2005 and 2017, but failed to lift the trophy on both attempts. With the team in good form currently, a little bit of luck can help them get over the line.