Home > Tennis > India’s journey in the Olympics so far 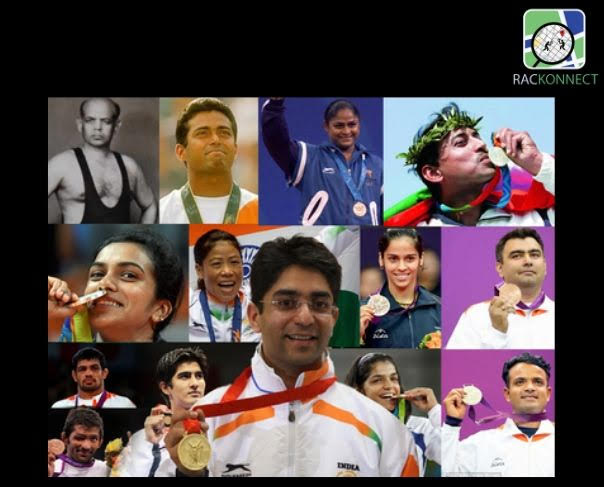 No, we aren’t talking about all the revolutions in the world, but India’s medal tally at the Olympics! It presents a dismal picture of the second-most populous country in the world, but having collected eight of them in the last 2 editions makes one hopeful.

The Indian contingent is strong and growing. 62 athletes have qualified for the quadrennial event so far, including two teams. India expects some strong performances after just two medals from 2016. Some strong performances in the last couple of years fill the Indian fans with hope. In this piece, though, we take a recap of the last 120 years and celebrate our history at the global stage.

It all started in 1900 when Norman Pritchard made his debut representing India. The British man won two silvers, one each in 200 m and 200 m hurdles. After a brief hiatus, the country participated in the 1920 Summer Olympics with a major contribution from Sir Dorabji Tata.

India’s national sport is hockey not for nothing. The team dominated the global event unparalleled, winning six consecutive gold medals from 1928 to 1956. In total, India has won eight golds, one silver and two bronze medals in hockey, being the most successful team in the history of the sport.

Individually, Abhinav Bindra’s name will be written in golden, literally. Bindra won the gold in the 10-metre air rifle event in 2008, becoming the first (and only) individual to win a gold in individual sports for India.

Apart from hockey, wrestling, too, has been India’s strength in patches. Ranging from KD Jadhav to Sakshi Malik, the nation has managed to bag four bronze medals and a silver that was won by Sushil Kumar in 2012. Bindra isn’t the only hot-shot shooter India has had. Rajyavardhan Singh Rathore, a politician now, won a silver in the 2004 Athens Olympics, and so did Vijay Kumar, during the 2012 London event. Gagan Narang earned bronze with Kumar in 2012. The categories for all three were different.

Saina Nehwal won a bronze in 2012, while her junior PV Sindhu did one better in 2016, losing in the final to earn the silver medal. The same year, Mary Kom became the first woman to bring a medal (bronze) in boxing for India. Vijender Singh had earned the first medal in boxing for India in 2008, winning the bronze.

Leander Paes, the poster-boy of Indian tennis, had won the bronze in Atlanta in 1996 and was destined for big things. The man may not have put the singles’ stage on fire, but earned his due space on the doubles front. Karnam Malleswari secured India’s only medal in weightlifting, winning the bronze in the 2000 Sydney Olympics.

PV Sindhu remains a firm contender, and India has a host of new names in several categories that can become the best in the world on their day. Sport has always been down to small details and differences, and if Indian athletes can be minisculely better than their opposition, the tally at 2020 could well reach double digits. For now, the nation waits with bated breath.