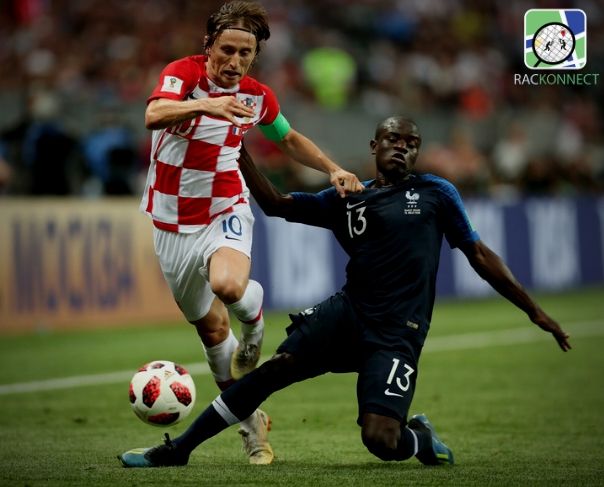 Football is a game with several on and off-the-field stories that have had major climaxes. While on one side there are dramatic turnarounds in second legs and late-goal celebrations that bring mini-earthquakes, there are some turnarounds off the pitch that are no less adventurous and inspiring.

Croatia captain Luka Modric lived in a hotel in Zadar, a city in Croatia. At that time, Zadar was war-torn and he and his refugee family would have to ensure their personal safety by staying indoors and still arrange for food. Luka inherited his name from his grandfather, who died in one of the bombings, something that happened regularly in those times.

Modric was the best player at the 2018 World Cup, and carried his nation to the finals, where France defeated them. He is inarguably one of the best passers world football has ever seen. He also won the Ballon d’Or and The Best FIFA Men’s Player the same year. He had also won the UEFA Men’s Player of the Year Award in 2017.

Born on 29th March 1991 in Paris, Kante’s parents were relatively new in France, having migrated to Europe in 1980. His father passed away early, and Kante was the eldest of four kids and responsibility befell him at an early age. Since then, the man has never left hard work leave his side for even one moment. Easily the best defensive midfielder in the world, Kante is tenacious, and this trait comes from his roots.

Kante, at an early age, worked as a garbage picker in Rueil Malmaison, a locality in Paris. In 2018, he was one of the key players in France’s side as the nation lifted the World Cup. The honesty and charm of Kante’s smile is a sight to behold for any human being.

This man’s success story goes beyond football. He’s easily one of the best athletes the world has ever seen. Humble, an inspiration, a captain who delivers and a leader, Lionel Messi fills all boxes. His records and number of titles speak of how great he already is, and some regard him as the greatest footballer ever to have graced the pitch. However, it wasn’t all glittery as he was growing up.

Growing up, he used to play football with his friends and would run past all of them, but could not score a goal due to a severe growth hormone deficiency. FC Barcelona signed him and funded his treatment. Leo had signed the contract for La Masia on a napkin, in one of the most famous stories in world football.

It was the best investment ever made by any club on the globe. Leo Messi, like so many others, had to defy such odds to become the player he’s today.

The gem of Indian Football, Chuni Goswami passes away

Abdelhak Nouri: Waking up from Coma and his role in Frenkie De Jong’s Barcelona transfer