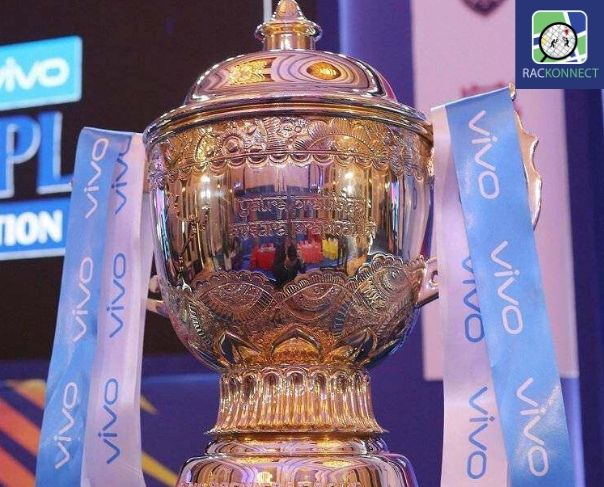 At the end of the grand IPL auctions 2020, 62 players were bought by 8 teams combined. On one hand, there were some young, and uncapped cricketers going for a high price, and on the other hand, there were well established International names, struggling to even get an opening bid.

There were also a few, unfortunate ones, who did manage to be picked by teams, but at a lesser price than what would have been expected, because of their talent and years of experience.

Take a look at the best five steals from the latest edition of the IPL auction. 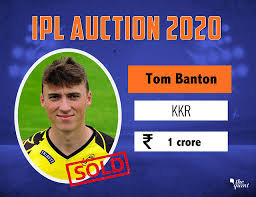 Tom Banton has been turning heads with his performance in England’s domestic circuit. The 21-year-old scored 549 runs with a strike rate of 161.47 in this season’s T20 blast in England. Similar prolific performances helped him break into the England team T20I squad for the tour of New Zealand. Earlier, he was also named Professional Cricketers’ Association (PCA) Players’ Young Player of the year award.

The dynamic wicket-keeper batsman, with his fierce batting style, has been in great demand across various cricket leagues. With such performances, everyone expected a bidding war for the English starlet but surprisingly, he went for his base price to Kolkata Knight Riders, being the first to be signed by the franchise, and is expected to become an important batsman for the 2-time champions.

The Kolkata franchise was in desperate need of an opener with the departure of Chris Lynn and getting Tom Banton at his base price, is the best bargain of the tournament. 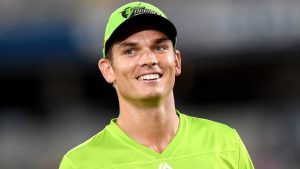 The Sydney thunder off-spinner is a crafty bowler and is capable of bowling in the power-play overs and his USP is his ability to restrain big hits by the batsman. Recently, he hit the headlines for signing the longest deal with the BBL, for a whopping six seasons. An economy rate of 6.57 in this format justifies that he is an asset in the T20s.

Chris was handed a maiden IPL deal in this year’s auction, going to Kolkata Knight Riders at his base price of ₹20 Lakhs. He takes the IPL as an opportunity to learn from and train with the best. 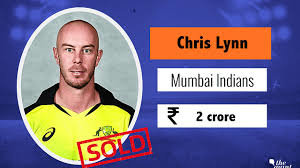 Chris Lynn, who had represented Kolkata Knight Riders from 2014 to 2019, was released by the team ahead of the auction due to his below-average performances. This was a shocker for this year’s auction. Lynn has played 163 T20s and scored 4434 runs in the format at an average of 32.36. He has a high score of 101 in this format.

Lynn, who was the first player to be sold at the IPL auction 2020 was bought by the Mumbai Indians franchise this year, at his base price of 2 crores. The Australian had been in great form in the recently concluded Abu Dhabi T10 league, where he scored a record-breaking 91 not out of 30 balls. He is expected to add firepower to Mumbai India’s batting line-up with his experience and hard-hitting skills.

It was expected that many teams would bid for him and it was believed that KKR would have tried to get him back at auction at a lower price. But when Lynn’s name was announced at the auction only Mumbai Indians showed any kind of interest. 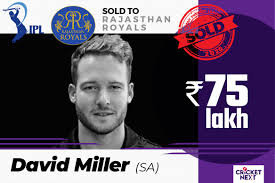 The South African cricketer was released by Kings XI Punjab this year after spending seven seasons with the franchise. During this period, he scored 1,850 runs from 79 matches at a career strike rate of 138.78. Rajasthan Royals made the best use of this opportunity by buying him at his base price of ₹70 Lakhs.

Miller has been in tremendous form in the T20 format in 2019. He has played 6 innings for South Africa this year and has scored 156 runs at a whopping strike rate of 160.82. His 65* off just 29 balls at the Wanderers against Pakistan earlier this year was again a reminder of the capability of the big-hitting South African in the shortest format of the game.

This is an absolute steal for the franchise and Punjab’s loss has indeed turned out to be Royal’s gain.

Jason Roy was one of the heroes for England in their World Cup triumph. Unlike his form in International Cricket, the right-handed batsman has not lived up to the expectation in IPL so far. He started his journey in IPL in 2017 with Gujarat Lions, before moving to Delhi Capitals in 2018. During those two seasons, he played just eight games with an unbeaten 91 in a successful run chase for Delhi, his only score above 31.

Many franchisees were looking for good openers, and it was expected that Roy would go for a higher price due to his good form this year. However, he was re-signed by Delhi Capitals for his base price of ₹1.5 crores. Jason Roy could form an explosive partnership with Prithvi Shaw, with Shikhar Dhawan struggling at the top in recent times.

FC Barcelona: Team of the Decade