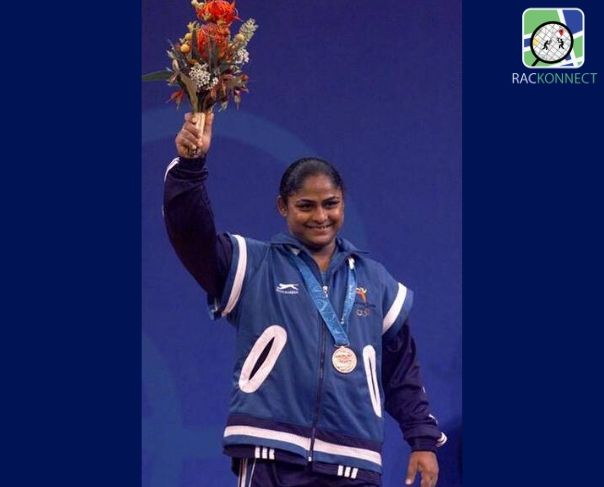 You have probably heard the likes of Saina Nehwal, Mary Kom, PV Sindhu winning Olympic medals. Well, the trailblazer of them all was Karnam Malleswari, as she was the first Indian female to have clinched an Olympic medal.

Born in Voosavanipeta near Amadalavalasa, a hamlet in Andhra Pradesh, Karnam Malleswari started young, at the age of 12, beginning her training at a physically challenging sport, Weightlifting. At first, she was under the tutelage of coach, Nallamshetty Appanna, and later Belarusian weightlifter Leonid Taranenko, who at that time held the record for 266kg Clean and Jerk category in 1988.

In 1993, she won third place at the World Championships in the 54kg category, which was followed by consecutive World titles in 1994 and 1995, before a bronze again in 1996. As a matter of fact, even before she participated in the Olympics, she was a two-time Weightlifting World Champion with 29 International Medals, including 11 gold medals.

She fell short of a gold medal at the 1994 and 1998 Asian Games, winning a silver medal in both of them. In 1999, she was conferred with the Padma Shri and Rajiv Gandhi Khel Ratna award. It was at the 2000 Sydney Olympics that she won a bronze medal in 69kg category, becoming the first Indian woman to win an Olympic medal.

This achievement brought her tremendous recognition and led to the public calling her ‘The Iron Lady’. In 1997, she married a fellow weightlifter, Rajesh Tyagi, and embraced motherhood in 2001. She announced her plans to compete at the 2002 Commonwealth games but had to back out due to the unfortunate demise of her father.

She tried again at the 2004 Olympics but lack of results led to an eventual retirement of her career. Currently, working at the Food Corporation of India as the Chief General Manager, she resides happily with her husband in Yamunanagar.

Despite the emptiness she feels for an Olympic Gold medal, she founded the Karnam Malleswari Foundation, India’s first weightlifting, and powerlifting academy. Her love for the sport and her desire to see the sport flourish in the country has inspired her to start the foundation.
Karnam Malleswari has a special place in Indian sport as she laid down the foundation for female athletes winning Olympic medals.