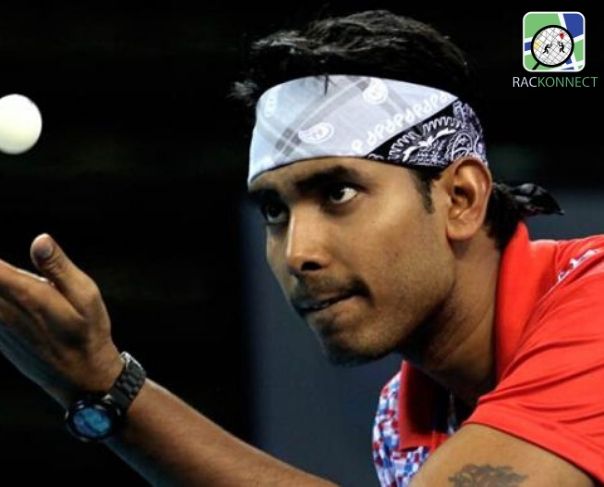 Achantha Sharath Kamal, a professional table tennis player from Tamil Nadu, India, was born on 12 July 1982. He hails from a Telugu speaking family. shorturl.at/djW68 Recently he was felicitated with Padmashree award for his achievements in table tennis at the national and international level. In 2004, he received the highest civilian award of India, the Arjuna Award. As of the September 2019 reports, his current world rank is 33, 32nd in May 2015, and 69 in the world as of June 2016. 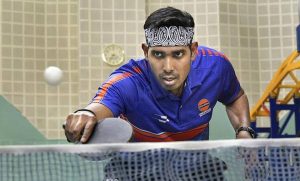 Sharat was introduced to table tennis by his father and his uncle when he was a 4 year old. They were his first coaches who trained him all the tactics and other skills required for the sport. As a child, it was difficult for him to accept defeat, which would sometimes lead to outbursts. He made sure that he is undefeated and practiced a lot for the same, which is the reason why he has gained 9 National titles. 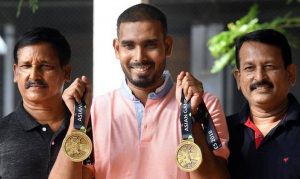 His venture into the professional table tennis world began the 10th standard. After completing his +2 education, i.e., 12th standard, he started playing for states. At this time, his main goal was to become a number rank in states. He won his first international gold medal in 2006 at the 16th Commonwealth table tennis championship held at Melbourne. And then again in 2010, gave an amazing performance was at the US Open Table Tennis Men’s championships which marked history. He won the Egypt Open and gained another title in the same year. With this feat, he became the first Indian win a singles title on the ITTF Pro Tour. In 2007, he became the first Indian to win the Pyongyang Invitational Tournament held in Pyongyang, North Korea. 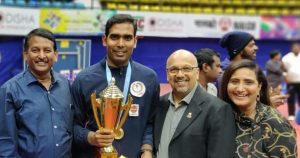 Sharath has consistently been the top-ranked Indian table tennis player and has represented the country at the 2004 Olympics. In 2006, he participated in the Asian Games. Surprisingly, Kamal is the only Indian to get selected in Beijing Olympic in 2008.

He got an opportunity to represent India again in the Olympics in 2016, but unfortunately, he lost in the first round.

In 2015, fate hit him hard when he suffered from a hamstring injury. The doctors said that he wouldn’t be able to play again as he couldn’t even stand properly. He laid off for eight long months, during which he lost many opportunities. However, he completely recovered and managed to qualify for the 2016 Rio Olympics.

Kamal’s best performance was when he defeated World No. 19, Lee Jung Woo, reaching his career-best ranking of World No. 73, Joo Se Hyuk and Chuang Chih-yuan, world no. 8 and 16 respectively in 2015 28th Asian cup at JaipurKamal has a positive attitude towards life and always says that every tournament is an opportunity to perform better. Every match another chance. This outlook of life has always helped him to improve his game. His next target is the 2020 Tokyo Olympics. He also aims to be in the 20 top ranks in the world. The 37-year-old player also believes that the two table tennis bronze medals which India won at last year’s Asian Games held in Indonesia have given them the confidence that a medal at the 2020 Olympics was a possibility.

Sharath has started working hard to qualify for the games and get a podium finish.

All the best, Kamal! We are eager to see you make our country proud!