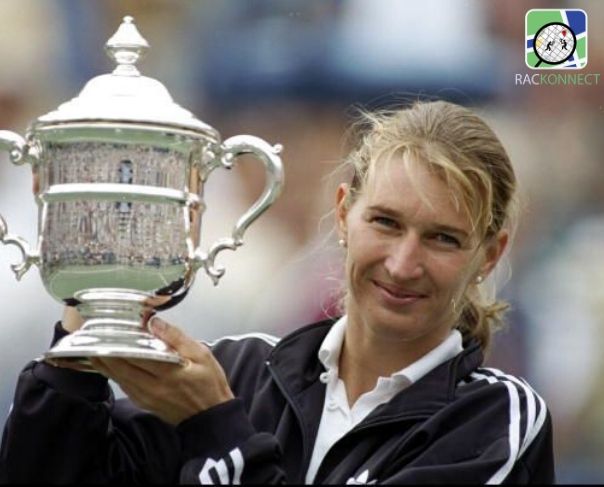 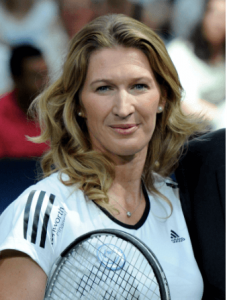 For any Tennis fan, the name of Steffi Graf needs no introduction. Steffi dominated tennis in the 80s and 90s.

Her full name is Stefanie Maria Graf. She was born on 14th June 1969 in Mannheim. The city was in West Germany at the time of her birth. 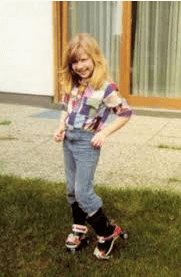 Her father spotted her talent when she was three years old. Peter, her father gave her a sawed-off handle to swing. Her encouraging father turned the family living room into an improvised tennis court. He would reward the girl with ice cream when she was able to sustain long rallies. 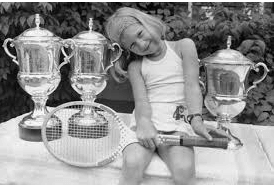 Steffi played her first tournament at the age of five. The prodigy won the German Junior under-18 championship when she was just 13. Soon, she turned professional.

She competed in her professional tournament in October 1982. She lost in the first round to Tracy Austin, 6-4, 6-0. 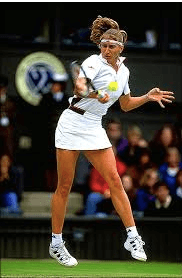 She won her first title on 13th April 1986. In the final, she defeated Chris Evert at the Family Circle Cup.

1986 bought more success. Graf lifted seven more tournament titles. The most notable win was against Martina Navratilova at German Open, in Berlin, on clay by 6-2, 6-3. 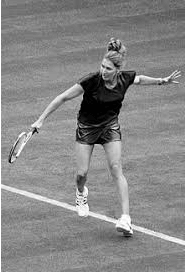 1987 was another breakthrough year. Graf won her first career Grand Slam title. In the title clash of the French Open, she defeated Martina Navratilova 6-4, 4-6, 8-6. Martina was World No-1 then.

Navratilova took revenge in the final of Wimbledon, winning it by 7-5, 6-3. She lifted six trophies that year.

She attained world No.1 for the first time on the 17th of August 1987. Steffi held it for 186 consecutive weeks. This record is yet to be broken.

1988 was a special year for her. She won the Grand Slam. In the final of the US Open, she defeated Gabriella Sabatini 6-3, 3-6, 6-1. That year, she became the only tennis player (male or female) to win Golden Slam after her Gold medal at the Olympics.

She maintained her Grand Slam winning streak in 1989 Australian Open. Graf lost the 1989 French Open from 5-3 up and service at hand. The winner was 17 years old Arantxa Sanchez Vicario of Spain. She defeated Navratilova, 6-2, 6-7, 6-1 in the final of Wimbledon. She overcame the same opponent in the final of the US Open. Graf ended the year with an 86-2 win-loss record.

1991 witnessed her lowest point. She faced many injuries, emotional issues, and lost her world number one rank. Graf could win only Wimbledon. Fate remained the same in 1992. 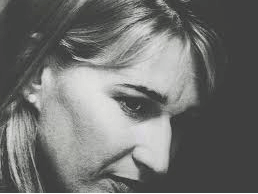 Her second stint of dominance began in 1993. She won Grand Slam titles in Paris, Wimbledon and New York. In 1994 she could win only the Australian Open. 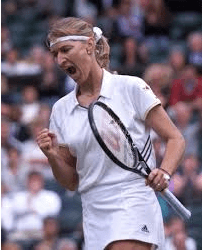 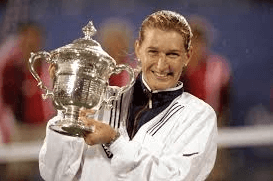 Since 1991, injuries became her ugly companion. Patella tendon on left foot, bone fragment problems, and a damaged hamstring remained with the star. Her career witnessed ups and downs.

Steffi lost her second-round match against Amy Frazer in San Diego on 13th August 1999. Unable to compete with a strained hamstring, she announced her retirement. She was World number three at the time of her painful announcement. 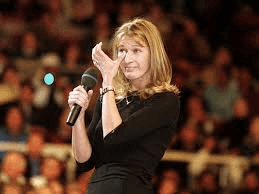 In 1998, she founded a non-profit foundation ‘Children for Tomorrow’. It supports children who are victims of war and other crises.

She was the ambassador of Kerala tourism for the promotion of Ayurveda. She also supported the ‘Elton John AIDS Foundation’ by exhibition matches.

Her victory over Natasha Zvereva in the final of French Open 1988 is one of the shortest Grand Slam final. It lasted for only 32 minutes. She won 6-0, 6-0. It is the only double bangle in the major finals since 1911.

Graf was voted the ‘ITF World Champion’ seven times and ‘WTA Player of the Year’ eight times. She was also honoured as the ‘German Sportsperson of the Year’ on five occasions

Steffi Graf Net Worth is $30 Million. 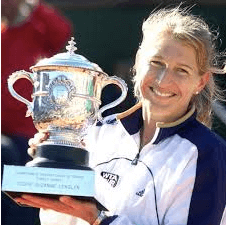 Steffi was ranked world No. 1 by the Women’s Tennis Association for a record 377 total weeks. It is the longest period for any player, male or female, to be No. 1 rank.

Steffi is considered instrumental in popularizing tennis in Germany. It has remained a highly popular sport ever since.

The star player married the former world No. 1 men’s tennis player Andre Agassi in 2001. The duo has two children together.

Steffi was very athletic and artistic on the court. Due to her extraordinary forehand, her nickname was ‘Fraulein Forehand.’

Many polls, including Billie Jean King, declared her the greatest women tennis player of all time. She deserves it.

What led to Yuvraj Singh's six sixes against Stuart Broad? Yuvi reveals himself!

Beginner’s Guide: How to play Tennis