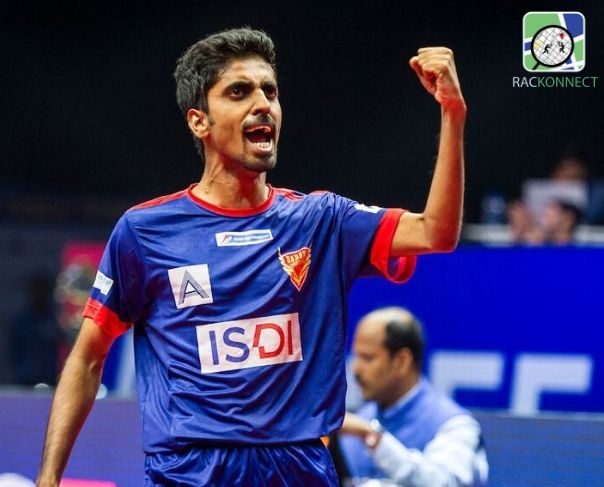 The journey from an IT Engineer to becoming the nation’s best paddler may sound very surreal, but it was full of hurdles and blockades beyond control. And yet, the composure of this man, G Sathiyan, knew how to avoid the avoid-ables and defeat the defeat-ables.

Born into a middle-class family, Sathiyan fell in love with speed and spin, two essential gears of table tennis, at a very early age. He was staunch in his passion but took up engineering to ensure his parents felt secure of his education. Hailing from Chennai, Tamil Nadu, education surely was a societal need. He graduated from St. Joseph College of Engineering, Chennai. 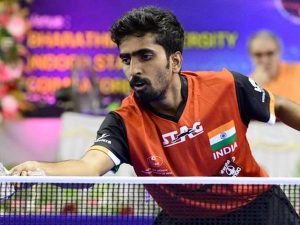 He started playing at the age of 5, and the passion transpired into professionalism. Balancing studies and sport became a little difficult, but he managed somehow. His performance dropped, but he received a scholarship from the State Govt that helped him to concentrate fully on TT. The job from ONGC also allowed him more security and added to his belief in himself.

He met former Indian paddler Subramaniam Raman, and this incident changed his life altogether. His job and scholarship had given him the direction, but Mr. Raman showed him the way and the route. Had this not happened, India would’ve lost one of its most gifted paddlers to engineering. 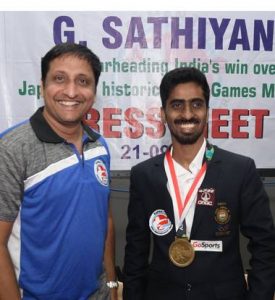 Under the tutelage of S Raman, the 26-year-old added a dual-flanked attack to his already-existing daunting defense. Sathiyan was always a natural, but his aggressiveness has grown in the last two odd years. His positioning and articulated study on his opponents help him during games. His knack for details has also bailed him out of crucial situations, helping him to become the first Indian player to crack the top 25 in the world (May 2019).

He has pushed chocolates, ice-creams, and sweets out of his diet, and that has helped him tremendously in maintaining shape and agility.

September 2016: Won the Belgium Open, becoming only the second Indian to win an ITTF event. 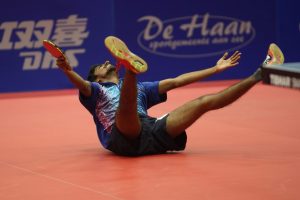 (After winning the Belgium Open in 2016)

Asian Games 2018: Part of the Indian contingent that won a silver medal

Presented the Arjuna Award in 2018

He stands at the 30th rank (Dec 2019), and a lot of hopes are pinned on Sathiyan going forward to Tokyo 2020. Sathiyan has been a giant-killer for some time now, and his perseverance, coupled with immaculate defense and the ever-increasing attacking intent, makes him a threat.