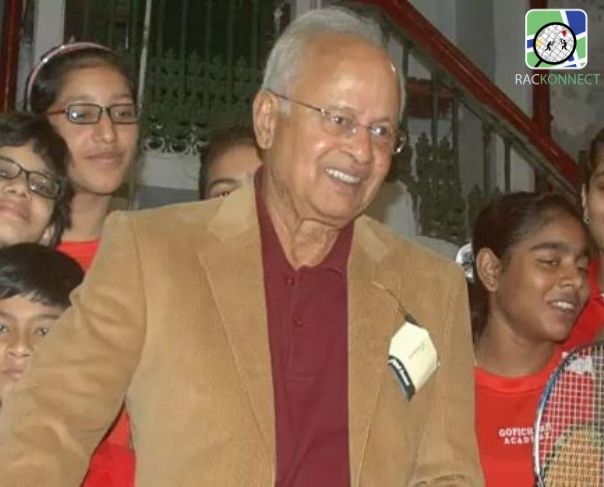 Nandu Natekar, former Indian Badminton National Champion is the first badminton superstar of Independent India. The 86-year-old veteran has crafted over 100 National and International titles for India. Born in Sangli in May 1933, Natekar first represented India at the age of 20. He had a distinguished career that lasted for 15 years, where he saw several highs individually, as well as part of a team.

In 1954, he entered the quarterfinals of the coveted All England Championships. It was the only year he played at the Championships, but later on, achieved success by playing in the veteran’s category. He won the doubles in 1980 and 1981 and finished second in 1992.

He led India in the Thomas Cup in 1959, 1961, and 1963. He won 12 out of 16 Singles matches and 8 out of 16 doubles matches over the years he played for the team. For his immense contribution to the sport, he was the first-ever recipient of the Arjuna award in 1961. In the same year, he was named the Sportsperson of the year.

#KnowYourLegend: The first badminton player to get an Arjuna Award – Nandu Natekar, turned 85 on Saturday. Here's the story of a man who was a superstar in his heyday…Read more: thefield.scroll.in/a/859455

Natekar was a stylish player and has the skill of being in the right place at the right time. “His game was poetry in motion. Unfortunately, we don’t have any visuals of his fluent stroke execution for posterity,” said former Asian Games medallist, Dinesh Khanna.

Natekar went on to become the first Indian to win a title on the International circuit. He was crowned champion Selangor International tournament held in Malaysia in 1965. Also, he represented India at the 1965 Jamaica Commonwealth Games.

In January 2001, he was conferred with the Lifetime Achievement Award by the Petrol Sports Control Board of India. He is currently the director of Natekar Sports and Fitness (NSF).

Natekar’s legacy did not come to an end after his sporting career. His son, Gaurav Natekar made his mark in tennis. He represented India at the Davis Cup and won the National Championship seven times.