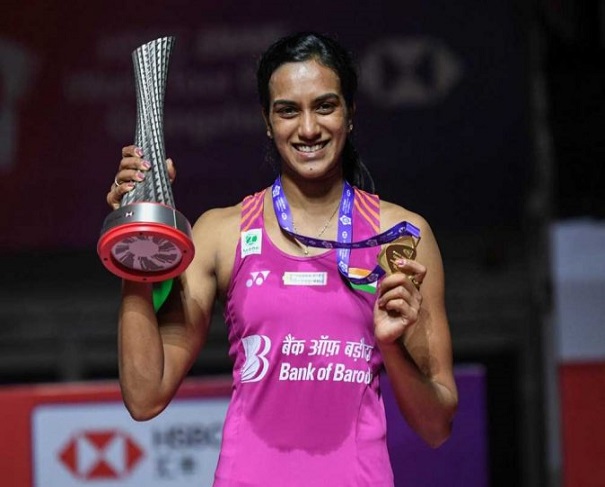 PV Sindhu is one most known names that Indians can resonate with. She is a sensational Indian Badminton player, who has now become a household name.

PV Sindhu hails from Hyderabad, which is known to be the hub for Badminton. She is one of the youngest and most talented Badminton players that India has ever produced. Sindhu is exceptionally dedicated and hardworking. For her, there are no days off, and she has had her eyes on the prize from the get-go.

So, what is it that makes PV Sindhu the success that she is? Let’s find out!

PV Sindhu was born in a family where sports was in their blood. Both her parents were no strangers to professional sports. PV Ramana, her father and P. Vijaya, her mother, were both professional volleyball players. In fact, her father was so good at volleyball that he had been honoured with the prestigious Arjuna Award.
Her parents are very supportive of her career choice and are always there for her. Her father travels with her all over the world to show his support. He is even present at her training sessions.

PV Sindhu has been inspired by former Indian Badminton Champion and current National Coach, Pullela Gopichand, ever since she was a young kid. She joined his academy at the very tender age of 8 years.

PV Sindhu is so dedicated that she would work with her coach from 4.15 am every day without fail. During her early days of practice, she would travel as much as 60kms to reach the training centre. She would give no excuses and would turn up on time consistently.

PV Sindhu made her mark in Indian Badminton at the 5th Servo All-India Ranking Championship.
At the age of 17, she won the Asian Junior Championships by defeating Nozomi Okuhara in the finals. By the end of that year, she continued winning, and her ranking kept climbing till she was world no. 15.

In 2013 she won her first Grand Prix title in Singapore. That year and the next, she won the bronze medal at the World Championships.
She was honoured by the highest award an athlete can achieve, which is the Arjuna Award.

In 2014 Commonwealth Games, she just about lost to Michelle Li of Canada in the semi-finals.

In 2015 she reached the finals of the Denmark Open by defeating massive competition such as Tai Tzu Ying, Wang Yihan and Carolina Marin. She just fell short of the title as she lost to defending champion Li Xuerui.

2016 was the year that Sindhu created history and made India incredibly proud. She bagged the silver medal at the 2016 Rio Olympics. She just about lost to then World No.1 Carolina Marin in three long sets. She didn’t give up even for a second. She fought tooth and nail till the last rally.

Third times the charm! She finally did it! In 2019 she achieved the title of World Champion as she dominated her opponent Nozomi Okuhara in straight sets. She made it look like a piece of cake as she leaped for gold, winning the match 21-7, 21-7.
The entire nation stood behind her, and every Indian had that proud feeling running throughout their veins.

With the 2020 Tokyo Olympics around the corner, Sindhu’s eye is on gold. Her training is in full swing and India has placed high hopes her.

-Before any significant tournament/ event like the Olympics, Sindhu gives up her favourite food like biryani and chocolates completely.

-She loves going for a swim and does Yoga regularly.

-When Sindhu was younger, she wanted to be a doctor.

-She learned the basics of Badminton at the Indian Railway Institute in Secunderabad under a coach named Mehboob Ali before she joined the Gopichand Academy.

– In 2018, Forbes named her as the 7th “Highest-Paid Female Athlete.” She also was on the top of Forbes India’s 22 Young Achiever’s list.

You can now learn about her by watching this video