Home > Tennis > KNOW YOUR STARS: THE STORY OF STEFAN EDBERG 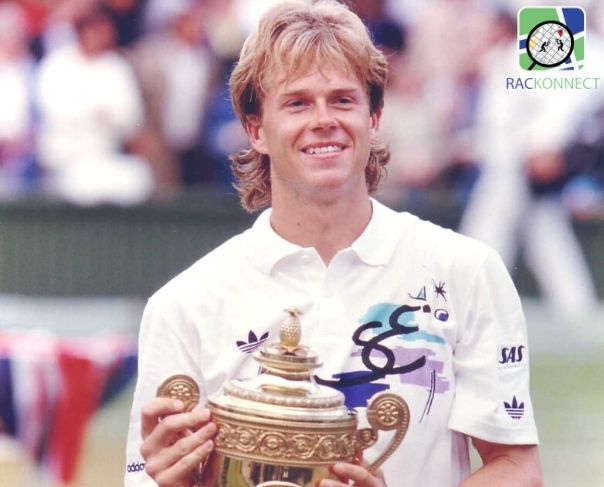 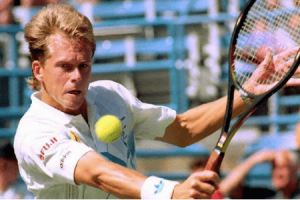 He came to the world’s attention when he won all 4 singles majors as a boy in 1983. He appeared in seven Davis Cup final. It is a Swedish record. Edberg remained as the World number one in singles for a total of 72 weeks.

In the 1984 Los Angeles Olympics, Lawn Tennis was included as a demonstrative sport. Edberg won the Gold medal in the singles. 4 years later, tennis was a full medal sport in Seoul. He annexed bronze in both singles and doubles. 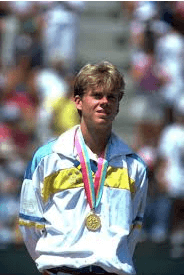 Edberg will always be remembered for his composure on the court. He was known for controlled emotions. People had to wait for his rare smile. He translated this quality into some notable performances. In 1988 Wimbledon SF (against Miloslav Mecir), in 1989 French Open SF (against Boris Becker) and 1990 Wimbledon final (against Boris Becker Becker), he posted comebacks from one break down in the fifth and deciding set.

His never say die attitude came to the fore in 1992 US Open. The comeback king played three consecutive 5 set matches in the 4th round (defeated Richard Krajicek), QF (defeated Ivan Lendl), and SF (defeated Michael Chang). In all three, he was a break down in the fifth set but managed to progress. In the final, he was a set down. Edberg sparked again and defended his US Open title after ending the efforts of Pete Sampras in four sets.

But two matches disappointed him deeply. The first one was the final of the 1989 French open. In his maiden appearance in the final at Rolland Garros, he faced 17-year old Michael Chang. He was two sets to one up. He earned several breakpoints in the fourth and fifth sets. Sadly, he lost the match. Thus, he could not complete his career slam.

The second instance came when he lost the semi-final of the 1991 Wimbledon to eventual Champion Michael Stich. Edberg had not lost a set up to the SF. In the match against Stich, Edberg served 23 games and won all, yet he lost the match. He gave only 24 points in 23 games on his serve. The final score was 3-6, 7-6((7-5), 7-6(7-5), and 7-6(7-2). For the first time in tennis history, a man had lost a match without dropping his serve. Interestingly, this match held one day after the death of Jimmy Van Alen. Jimmy was the man who invented the tiebreaker. 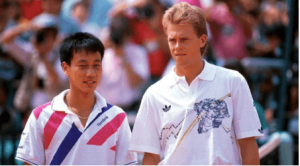 Stefan Edberg was not a powerful server of his era. He is widely regarded as the greatest serve-and-volley player of all time.

His one-handed backhand was his marquee shot. His backhand was extremely effective and considered one of the best.

Throughout his life, he used Wilson racquets and Adidas clothing and shoes. He hung his racquet in 1996. He returned to coach Federer in 2014. 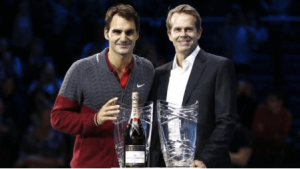 During his career, Edberg won 41 top-level singles and 6 doubles titles. He appeared in a record 54 consecutive Grand Slam tournaments. This record was later improved by Wayne Ferreira.

Until 2016, the Australian Open logo was a silhouette of Stefan Edberg’s stylish serving action. It was changed later for a more digital medium. 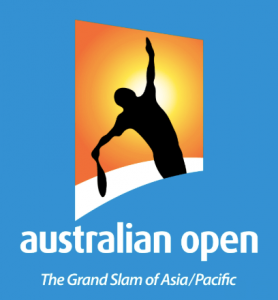 In 2008, Tennis magazine considered him as the 14th greatest player, counting both male and female. In men, he ranked eighth. In his home country, people count him in the holy trinity with Bjorg Borg and Mats Wilander.

Edberg was a five-time recipient of the ATP Sportsmanship award (1988-90, 1992 and 1995). In recognition of this achievement, ATP renamed the award as the ‘Stefan Edberg Sportsmanship award’ in 1996. The suave Swedish will always be remembered for his style and charisma.