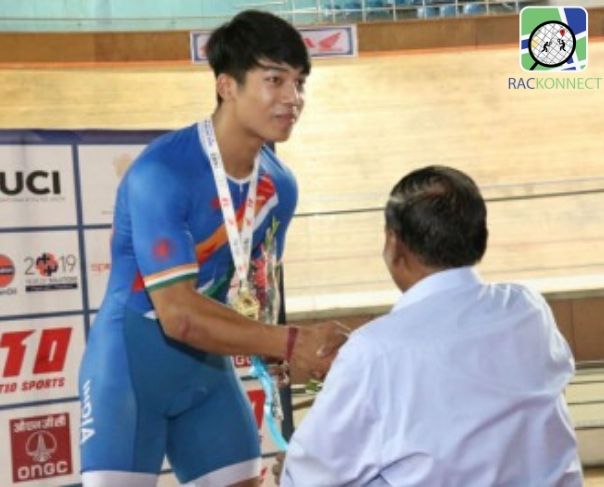 Cycling has been a ‘dormant’ sport in India for the longest time. It has struggled to garner any sort of popularity over the past few decades. This is down to two reasons – it has never produced champions and does not really appeal to the ground masses of the diverse country.

Indian cyclists won three medals at the inaugural Asian Games in 1951 held in New Delhi – 1 silver and 2 bronze medals – but haven’t done anything too noteworthy at the international stage since then. In the interim, countries like France, Italy, Great Britain, Netherlands, USA, and Australia have dominated the Olympic and global cycling events, while the trio of China, Japan, and South Korea have dominated the Asian circuit. 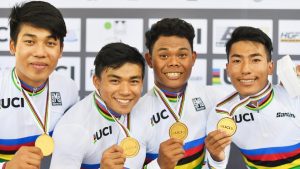 Things are gradually getting better for India after the advent of a few youngsters who have shown the zeal to win. L Ronaldo Singh, a youngster, won the gold in the junior men’s Keirin event at the Asian Track Cycling Championships at Incheon, South Korea in October last year. He has continued his growth and has risen to the World No. 1 rank in individual Sprint, Keirin and Time Trial events. He is also part of the Indian Team which topped the Team Sprint rankings.

Rojit Singh is ranked second in Keirin and third, in Sprint, helping Ronaldo in the resurgence Indian cycling is undergoing. In the junior women’s category, Nisha Nikita and Triyasha Paul are ranked 2nd in Keirin and 3rd in 500m Time Trial respectively.

Indian Junior cyclist L. Ronaldo Singh is now World No 1 in UCI rankings in all sprinting events – Individual Sprint, Keirin & Time Trial. He is also part of the Indian team which ranked No 1 in the Team Sprint event. @KirenRijiju congratulates this wonder boy from Manipur pic.twitter.com/aYUfzF0PNi

In 2018, hailing from Andaman, cyclist Esow Alben created history by becoming the first-ever Indian to win a medal at the Junior Track Cycling World Championships. In 2019, Esow won 3 Golds in Sprint, Team Sprint and Keirin event at Junior Asian Track Cycling Championships in Jakarta, Indonesia, ensuring that the future is on the right track.

All these cyclists are being trained by chief coach RK Sharma and his team at the NCA, jointly run by the Cycling Federation of India and Sports Authority of India at the IG Cycling Velodrome in Delhi. This venue also hosts Union Cycliste Internationale’s World Cycling Centre.

These students are the beacon of hope Indian cycling has been looking for a long time now. It seems that time has come.

Times of India Sports Awards 2019: All you need to know about the event