Home > Badminton > Lakshya Sen: The rise of a talented shuttler 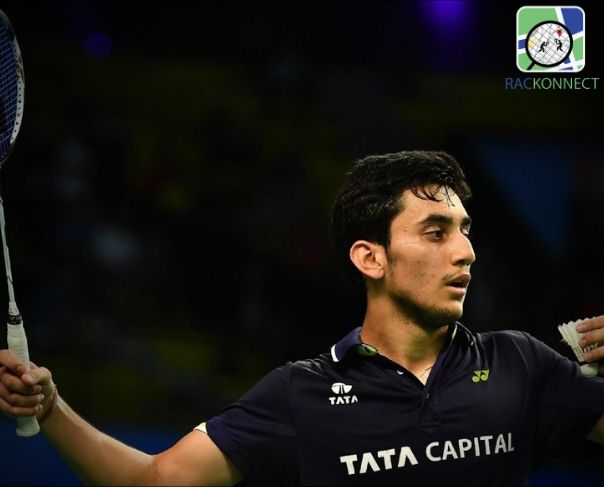 He’s just 18, but Lakshya Sen is on the road to reach a ‘lakhsya’ (target). Lakshya is a soft-spoken boy who you would easily miss, but when he steps in the court, he turns into a different breed altogether, shedding all the softness behind. Some people are like that. He’s one of them.

A former junior world No. 1, the young prodigy features on BWF’s top talents to look out for in 2020, and deservingly so. Lakshya won five titles in seven tournaments in 2019, completing a stupendous year with the Bangladesh International Challenger in December.

He started a victorious 2019 by winning the Belgian International in September and went on to win the Dutch Open Super 100 and SarrLorLux Super 100 in October. He lifted the Scottish Open as well, in November, defeating Brazil’s Ygor Coelho. He was lost the first set, but he rallied around to win the encounter.

His performances helped him to rise from No. 71 to No. 33 in the BWF rankings. Coached by Danish great Morten Frost and Vimal Kumar, Sen has changed his game dramatically to outfox his opponents. Patience, too, has grown into his game, and he’s reading his opponents better.

Lakshya hails from a badminton family. Not everyone who aspires to have a sporting dream in India gets to live it that easily, but for this young shuttler, it was a way of life. His father is a badminton coach and his brother, Chirag Sen, is also an international level badminton player. Lakshya trains at the Prakash Padukone Badminton Academy, the breeding ground for innumerous tennis talents in the country.

The youngster had a brilliant 2016 on the circuit, and rose to No. 1 in BWF World Junior rankings in February 2017. Sen also competed in the senior international level and won the men’s singles title at the 2016 India International Series tournament. He also won the 2018 Asian Junior Championships, defeating top seeded World No. 1 Kunlavut Vitidsarn in the showdown.

All of this was kind of start he needed for self-belief.

He participated at the 2018 Summer Youth Olympics as the fourth seed and won the boys’ singles silver medal after losing to China’s Li Shifeng in the final. He also participated in the mixed team event and helped his team, team Alpha, win the gold medal. He also won the bronze at the World Junior Championships in 2018.

Lakshya is earmarked for bigger echelons of the world of badminton. The proverb ‘Well begun is half done’ suits him aptly. Born in the hills of Uttarakhand, this boy knows how to reach peaks, literally.