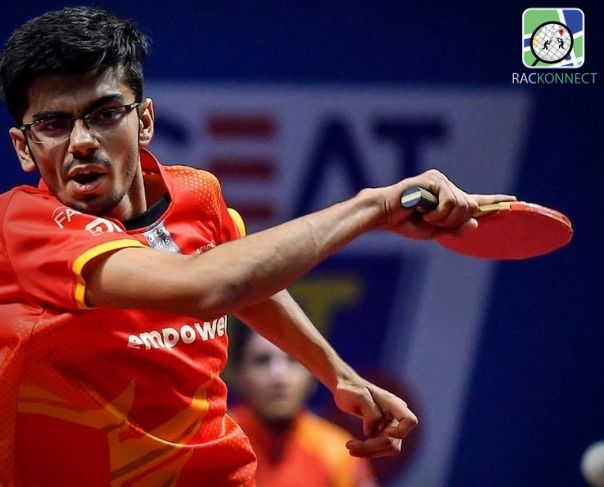 Manav Thakkar is a relatively unknown name in Indian sports but wouldn’t be in the near future. The table tennis player has recently been crowned as the World No. 1 at the U-21 level. Thakkar stood first with 6780 points followed by France’s Bastien Rembert who had 6510.

He jumped nine places of the table to be ranked No. 1, and lifting the ITTF Challenge Plus Benemax-Virgo North American Open in Markham, Canada in December last year helped him. He beat Argentina’s Martin Bentancor 11-3 11-5 11-6 to win the crown. He was also the World No. 1 at the U-18 level in 2018, proving that his current ranking isn’t a fluke.

Born into a family of doctors, Manav was into a plethora of sports while growing up. He was enrolled in a skating academy and was the No. 1 at that. He took up TT at a young age of five when he could barely reach the table. To maintain his fitness, his parents enrolled him in gymnastics. He participated in a state-level competition in gymnastics apart from several district-level competitions.

He says that the reflexes in gymnastics helped him in TT. It also helped him in maintaining posture and improving his concentration. The skating helped him with fluid feet movement and agility. Thus, he can rightly be called an ‘amalgamation’ who benefited from playing several sports. 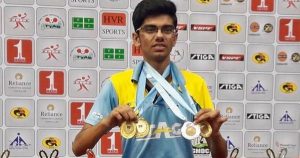 Manav is sponsored by Tibhar and he trains in Germany. He plays in the Polish Superliga for Gwiazda Bydgoszcz. He trains in Copenhagen as well, at times. He uses the shake hand grip and is an offensive player. For him, Swedish ace Jan-Ove Waldner is an idol. He is a big MS Dhoni fan as well. He was part of the Indian team that won the bronze at the Asian Games 2018 in Jakarta.

Manav’s strength is his consistency and focus and it’s difficult to beat him because of his consistency. His service and receiving game has also improved over the years, and he’s working hard on his physical fitness and power-hitting to get even better. With paddlers like Sharath Kamal and G Sathiyan paving the way, Indian table-tennis seems to be in capable hands with both Manav and Harmeet Desai rising through the ranks. 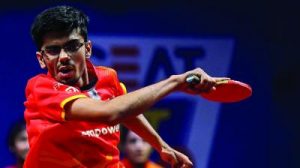 With Tokyo 2020 on the radar, Manav will make his first big impression in front of the entire world. But prior to that, he and his teammates will need to put up a show at the World Team Championships in February 2020. No Indian table-tennis team has ever participated in Olympics, and this, according to several fans, is India’s best chance.