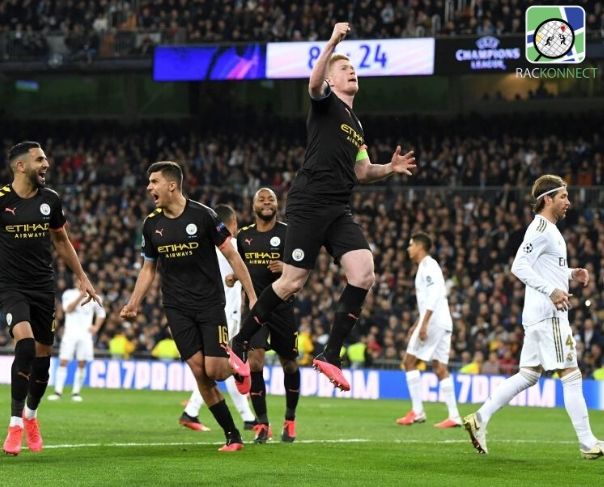 Premier League side Manchester City’s appeal against a two-year ban was lifted by the Court of Arbitration of Sport (CAS) on Monday. The ban was imposed on City for breaking Financial Fair Play regulations by UEFA in February.

While uplifting the ban, the Court also reduced the financial punishment, reducing the fine from €30 million (£25m/$33m) to €10m (£9m/$11m). City were initially banned from participating in the UEFA Champions League or the Europa League for two seasons.

UEFA had in February stated that it had found the Premier League club guilty of “overstating its sponsorship revenue in its accounts and in the break-even information submitted to UEFA between 2012 and 2016.”

A statement from CAS, however, clarified the situation, stating – City did not overstate their sponsorship contributions but did fail to cooperate with UEFA authorities.

“Manchester City FC did not disguise equity funding as sponsorship contributions but did fail to cooperate with the UEFA authorities,” read the heading to the CAS statement.

“The CAS award emphasized that most of the alleged breaches reported by the Adjudicatory Chamber of the CFCB were either not established or time-barred,” the CAS added. The Court will publish its full written reasons over the next few days.

City responded to the verdict with a statement which read: “Whilst Manchester City and its legal advisors are yet to review the full ruling by the Court of Arbitration for Sport, the club welcomes the implications of today’s ruling as a validation of the club’s position and the body of evidence that it was able to present.

“The club wishes to thank the panel members for their diligence and the due process that they administered.”

If the ban had been upheld, the team finishing on fifth on the PL table would have made its way into the next season’s CL, with Europa League qualification extended to sixth and seventh. Manchester United currently occupy the 5th spot on the table, with a game in hand.

“UEFA notes that the CAS panel found that there was insufficient conclusive evidence to uphold all of the CFCB’s conclusions in this specific case and that many of the alleged breaches were time-barred due to the five-year time period foreseen in the UEFA regulations,” a statement from Europe’s football governing body read.

“Over the last few years, Financial Fair Play has played a significant role in protecting clubs and helping them become financially sustainable and UEFA and ECA remain committed to its principles.”

UEFA’s investigation had been prompted by publication of a number of allegations by German magazine Der Spiegel, with documents reportedly obtained by whistleblowers Football Leaks in 2018.

Fans on the blue side of Manchester have repeatedly booed UEFA’s anthem during City’s home games since 2014, when the club first fell foul of Financial Fair Play.