Home > General > Mirabai Chanu: All about her and why she can win a medal this Olympics 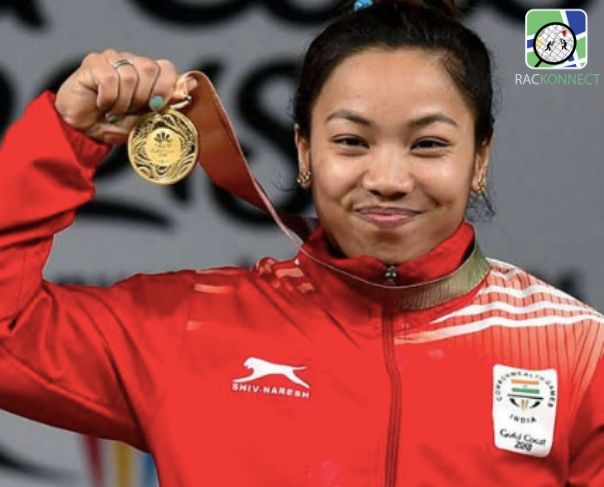 Not a lot of people know, but Mirabai Chanu is a weightlifter from Manipur who has a very bright future. She has already accomplished so much and has the potential to accomplish much more.

As Tokyo 2020 Olympics is around the corner, India’s chances of winning a medal in weightlifting are looking better and better. The young dynamite is making great progress and is aiming to stand on the Olympic podium.

Before we get into Mirabai’s achievements and why she can potentially win a medal at the Olympics, let’s get to know her better.

Mirabai Chanu hails from Manipur and is 25 years of age. She came from a poor family and was the youngest of 6 siblings. Carrying firewood up and down was part of Mirabai’s daily routine. This was a means of livelihood for her family and she used to go along with her siblings.

It was at the age of 5 that she was able to do things like carrying buckets of water over her head, climb hilly and inclined regions and even logging firewood for 2 km. This became the substructure of her career today.

It was when she was 12 years that her brother who was then 16 years wasn’t able to lift the bundle of firewood. Mirabai was able to do this task with ease. This is when he realised there was something special about her.

Mirabai was inspired after watching weightlifter, Kunjarani Devi, a fellow Manipuri who had won the silver medal 7 times at the World Championships.

Mirabai used to travel 50kms daily through hilly terrain to get to her training under coach Anita Chanu. Initially, she used bamboo trunks as equipment before she moved to conventional equipment.

It was after two years that she made it to the national camp. From there it was nothing but success for her. She won her first gold at the sub-junior state level and in 2011 she won her first national medal in the junior category.

She made it to the national team where she trained under her idol, Kunjarani. After being successful domestically, she got to test the international stage in 2014 at the Commonwealth Games. She represented India in the 48kgs women’s category where she clinched the silver medal. 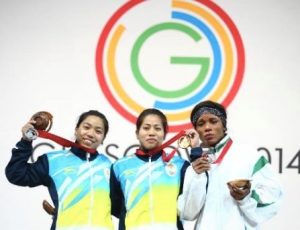 She had a few unsuccessful events, but she didn’t let that stop her from qualifying for the Rio Olympics 2016. She came back strong from her failures and qualified for the Olympics, which was a great deal in itself.

Sadly, she failed to lift the weight in all three attempts.

Mirabai admitted she was having a run of failure, but she knew giving up wasn’t an option. She changed things around.

At the 2017 World Weightlifting Championships, she lifted a total of 194kgs (85kgs in snatch and 109kg in clean and jerk). This was a record. She went on to win the gold medal.

She was bestowed with the Khel Ratna Award and the Padma Shri Award in 2018.

In 2018, at the Commonwealth Games, she defended her title by winning gold again and proving to India once again that she is a force to be reckoned with.

Later on, she even claimed the bronze medal in the Asian Weightlifting Championships.

The year 2019 has really been amazing for Mirabai. She really is on the right road that leads to qualifying for the Tokyo 2020 Olympics.

At the Senior Nationals, she improved her record from 201kgs to 203 kgs.

Her training now takes place at the NIS Patiala national camp, under coach Vijay Sharma. He is very proud of her and says she is on the right track for the 2020 Olympics.

It is now important that Mirabai remains injury-free and doesn’t rush into things. Her coach too feels that if things work out the way they have planned, she is sure to achieve a gold medal this Olympics.

How effective is coffee as a pre workout?

Throwback time – World sports in 2019 at a glance