Home > Sport > National Sports Day: History, Significance and all you need to know 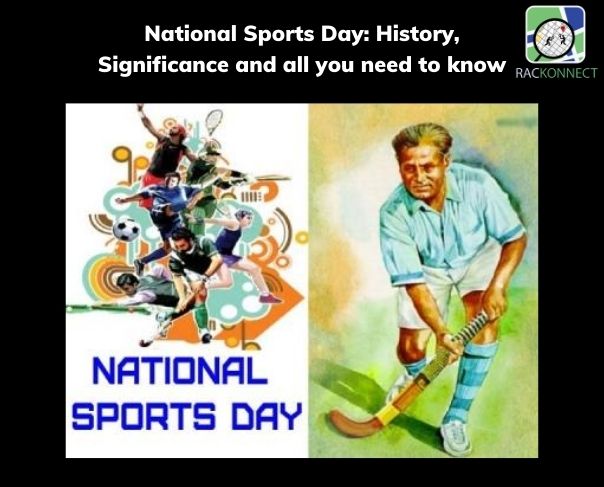 Also known as the Rashtriya Khel Divas, it was included as a celebratory day in India in 2012. The main reason for celebrating National Sports Day is to celebrate the spirit of sportsmanship and propagate the message of various sports.

Who is Major Dhyan Chand?

Star of Indian Hockey, Major Dhyan Chand has reserved a special place for himself in the books of Indian History. Born on 29 August 1905 in Allahabad city, he was regarded as a prodigy in the field of hockey. In his entire career spanning 22 years, he secured over 400 international goals and 1,000 goals.

Most importantly, he led the country in winning 3 Olympic Gold medals – 1928, 1932, and 1936. By winning three Olympic gold medals, he marked himself as a prolific chapter in Indian history.

He was such a great player that once the ball stuck his stick, it was removed only after scoring a goal. This was the reason that once his bat was broken to check if it had a magnet attached to it. His delightful stick work earned him the title ‘Hockey Wizard’ and ‘The Magician’.

To give a tribute to the legendary player, the Government of India decided to celebrate his birth date as the National Sports Day from 2012.

How is National Sports Day Celebrated?

The National Sports Day is celebrated every year at the Rashtrapati Bhavan and the President of the country gives National awards to athletes who have made the country proud with their performances.

However, this year due to the Coronavirus pandemic, the National Sports Day celebration would be held virtually.

ICE Vs HEAT: When to use what?

5 Indian sportspersons who can make a difference in 2020

How strengthening muscles is beneficial to you while playing sports