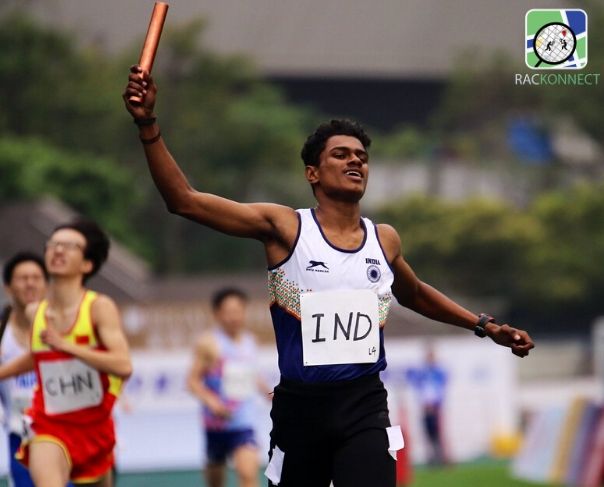 ‘There is no age bar for dreams’

This adage does not fit on most people, but then, Parag Patil is not most people.

What do you expect a man in India to do at 40 years of age? Have a business or a stable job, a family, and a ‘straight’, socially acceptable life? Parag Patil is a little different from the ‘straight’, and little is an understatement. The man, who has bagged 12 international medals for India, started his journey at the age of 30 and is still going strong after a career-threatening knee injury.

To put things into perspective, Usain Bolt retired at the age of 31. That’s the age-range at which athletes give up, usually. But in this incredible story, Parag hasn’t done what most athletes do.

His story, in the beginning, is like yours or mine or someone you know. Brought up in a lower-middle-class family in Pune, Parag’s first encounter with running was more out of compulsion than choice. His school ended at 5:30 PM, and the only bus that took him home was scheduled at 5:35 PM at the nearest bus-stop, about a kilometer away from school.

As soon as the bell rang, he exited and ran the distance every day. The family did not have the means to provide for a car or private transportation, and this need slowly developed into a habit.

His history teacher saw him one day and asked him to take running seriously. The encouragement worked, and gradually a PT teacher took over the coaching duties. He, though, had to stop running due to financial reasons, and the world led him on to a different road.

Parag became a coach at just 18 to fulfill the needs of his family. In parallel, he started to study B.Sc at Pune University, knowing full well that he’d need to support his family.

At an inter-college athletics meet, just 4 students from Pune University participated in all athletic events collectively and ended being runners-up. Parag was the standout performer, winning the Player of the Year title for four consecutive years. 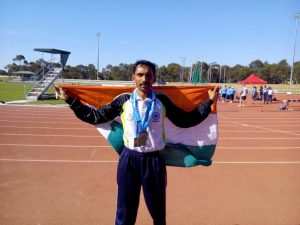 He kept his dream of representing India aside and did a 9-to-5 job after completing his engineering badges to ensure his family had the basics amenities fulfilled. For a decade, the man kept training rigorously to keep his body and dream in shape. Whenever he wasn’t in office, he was on the field, training. It was a long, almost-invisible, shot at the dream he had kept in one corner of his heart – to wear India’s crest on his chest.

22 years of intangible hard work paid off in 2013. Parag got the opportunity to represent India at the age of 30. He was made part of the national team that participated at the International Veteran’s Athletics Championships, and he won three silver medals – no mean feat for a debutant.

The series of winning didn’t stop. He’s won 9 more medals in the last six years and has suffered two major injuries that have failed to stop him. This man has had to stay away from several international tournaments due to the lack of funds, showcasing why India lags behind in athletics even after being the second-most populous country in the world. 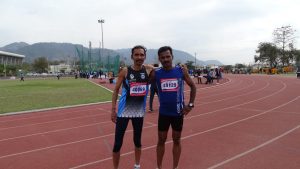 He is going on and wants to keep going till he wins 100 medals for the country but isn’t supported financially. He still thinks that he can pull off the 88 miracles that are left to complete his dream and believes he has what it takes in him. All he asks for is a little support from his countrymen.

He’s a true inspiration and legend India has but doesn’t rightfully deserve.