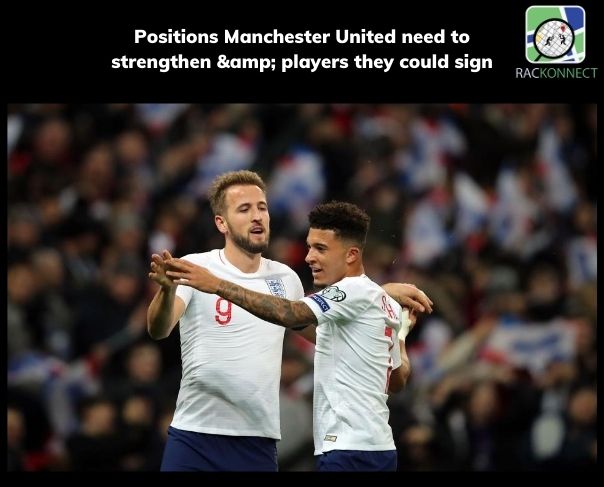 Positions Manchester United need to strengthen & players they could sign

Manchester United went on a streak of unbeaten games to book their place in the Champions League after football resumed post lockdown. The Red Devils looked a completely different side with Bruno Fernandes’ arrival and the comeback of Paul Pogba and Marcus Rashford from injuries.

However, Man United still found it difficult to go past Chelsea in the semi-final of the FA Cup, losing 3-1, showing the weakness of its bench. With an almost set starting XI, Ole Gunner Solksjaer would still need several players to cover for injuries and like-for-like replacements in another cramped season.

We take a look at the positions Man United need to strengthen and players the club could go for.

Aaron Wan-Bissaka is a certain starter, and is easily one of the best in the Premier League. The youngster is gradually developing his attacking game, and that will improve his game further. However, United lack a proper second choice, with Alex Tuanzebe better suited as a centre-back and Timothy Fosu-Mensah not a proper right-back.

Mason Holgate and Max Aarons are Premier League players who can come and settle in straightaway, both brimming with talent.

Bruno Fernandes’ arrival may have sparked a revival and brought back a lot of attacking trait to Old Trafford, but the man has had to shoulder too much of responsibility already. His replacement, Jesse Lingard, isn’t United-esque and Juan Mata has turned tad slow for the top level. Thus, United need to sign someone who lends creativity just ahead of Paul Pogba.

Jack Grealish is already being touted for a move to Old Trafford, and James Maddison also looks like an interesting prospect. Donny Van Beek, too, has been named in discussions.

Marcus Rashford’s best position is attacking from the left side, and Anthony Martial isn’t a proper No. 9. Odion Ighalo is not the fittest and fastest, and was a stop-gap arrangement for filling up for injuries. United need more goals and competition at the top, as they also look to make their place in Europe’s top tier regular.

Harry Kane has been on United’s radar for three seasons now, and if the Spurs striker wants to win trophies, he needs to make a move. The Red Devils may also sign Edison Cavani to allow Martial’s growth, or Raul Jimenez could also sign.

The position United direly needs improvement in is down the right wing. With Marcus Rashford at his best down the left and Martial scoring regularly up top, there was no need to replace them. Daniel James could not make the right side his own, with some poor decision making in the final third.

United is in talks with Borussia Dortmund for Jadon Sancho, but if the deal falls due to the price quoted, United might as well go for Saint Allan-Maximan or Adama Traore.

Blast from the past: 2006 FIFA WORLD CUP SEMI-FINALS