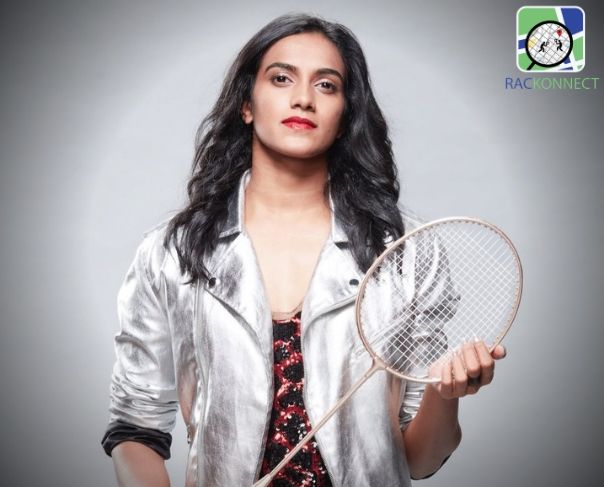 The 2019 season has been a rollercoaster ride for India’s star shuttler, PV Sindhu. Since the historic World Championship gold, she has been on a downward run with her best performance in reaching the finals of Indonesia Open. However, the World no. 6 has given the country several historic wins which should not be forgotten and these performances show that she is not a quitter and still a star.

The 24-year-old shuttler scripted history by winning gold at the 2019 World Championships beating Japanese shuttler, Nozomi Okuhara 21-7,21-7. By doing so, she became the first Indian badminton player to clinch a gold at the World championships. Sindhu finally overcame the loss of being robbed the title by Okuhara in 2017 with a dominating win over the same opponent. In 2018, she won silver after losing to Carolina Marin the finals. This was Sindhu’s 5th World Championship medal- two silver and 2 bronze. 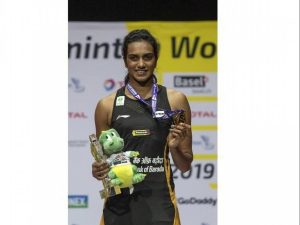 On August 19, at the 2016 Rio Olympics, 21-year-old Sindhu won silver in an intensely close encounter against the then World no. 1, Carolina Marin.

An underdog at the Rio Olympics, she overcame all the odds defeating many prominent players. Notably, she became the youngest and first Indian woman to win an Olympic Silver. She may have lost the final but she won the heart of millions after the match. The courage and tenacity with which she played communicated her undoubted abilities to the world. 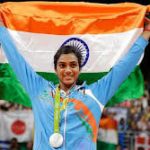 On November 16, 2016, Sindhu won the China Open by defeating Sun Yu 21-11, 17-21,21-11 in 69 minutes to collect her first Super Series title. Notably, on her routine to the finals, she beat three seeded players, Tai Tzu Ying, Carolina Marin, and Wang Yihan. She became the second Indian woman to win the title after Saina Nehwal won the title in 2014. After the Olympic Silver, there were many disappointing performances and this win was crucial to prove that she is back on track. 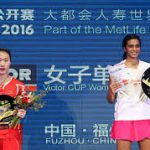 Sindhu went on to become the first Indian to win the Korea Open Super Series. She won over Nozomi Okuhara, 22-20, 11-21, 21-18 in 83 minutes nail-biting final. This was her second super series title of the year. Earlier, Okuhara had conquered Sindhu in the World Championship final that lasted for 110 minutes. Sindhu displayed extreme stubbornness to win the match and win the super series title. 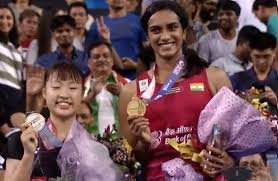 On 16 December 2019, Sindhu let out tears of joy by clinching gold at the World Tour finals with a win over 2017 World champion, Nozomi Okuhara. With a 21-19, 21-17 straight-game victory that went on for 1 hour and 2 minutes, she became the first Indian to win a World Tour Finals title. Also, this was her maiden title of the year after playing 17 tournaments that season. She also beat Tai Tzu Ying for the first time in seven meetings that paved her way to top her group. Sindhu did not lose a game in any of the group matches and won against Akane Yamaguchi, Ratchanok Intanon, Beiwen Zhang on her road to the most memorable end to the 2018 season. 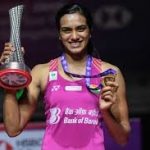 GAME OF THE CENTURY: THE 1970 WORLD CUP SEMI-FINAL (West Germany Vs Italy)