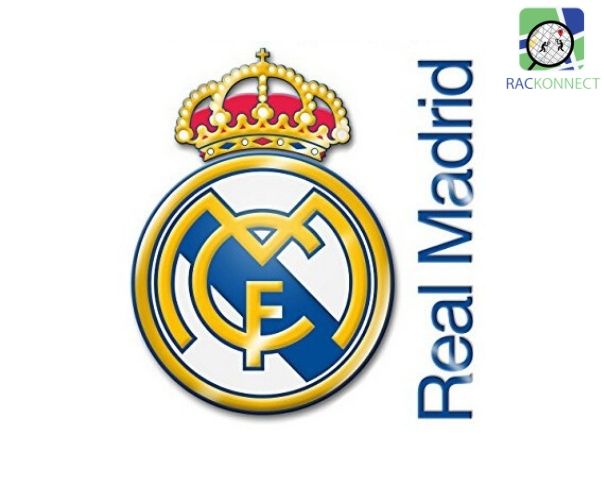 Its original name was the Madrid Football Club. King Alfonso the thirteenth granted royalty status to the club in 1920. He bestowed them with the title, ‘Real’ or ‘Royal.’ 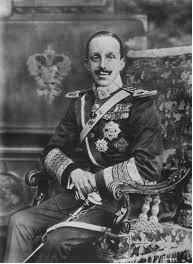 They were successful from the beginning. Before World War II, they have lifted two La Liga titles and seven Copa del Ray trophies. 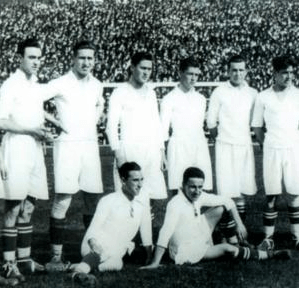 After the WW II, Santiago Bernabeu Yeste took over as clubs president. He built a brand new stadium which was later named after him. He was the main architect of the golden years of the club. 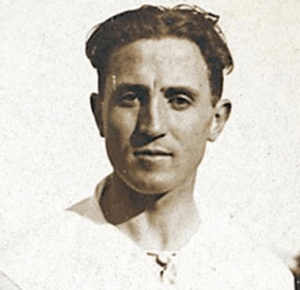 Spanish dictator General Franco was a Real Madrid fan. Controversially, he did many favours for the club. 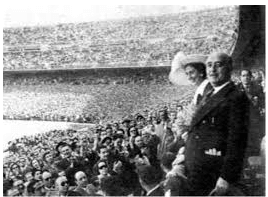 From 1956-1960, they won five consecutive European Cups. It’s an unmatched record. Alfredo Di Stefano, Francisco Gento, and Ferenc Puskas were in the middle of things. Many consider the legendary crew as the best in football history.

In the next two decades, they claimed 14 La Liga titles and won 1 European cup.

The 80s and 90s saw the club drop off the map to some extent. They came back strongly after it.

Raul’s advent was the turning point for the club. They ended a 32-year drought and claimed seventh their European Cup. 2 more European successes arrived in the next 4 years.

Florentino Perez took over as president. He set his sight on forming the Galacticos. To achieve his dream, he made some of the biggest signings in history. 4 times the world record was set. First to arrive was Luis Figo (from Barcelona for 62 million euros) in 2000. Later, Zinedine Zidane in 2001 (from Juventus for 77.5 million euros), Christiano Ronaldo in 2009 (from Manchester United for 94 million euros), and Gareth Bale in 2009 (from Tottenham for 100 million euros) broke new ceilings. Roberto Carlos and David Beckham also donned the whites in this duration. 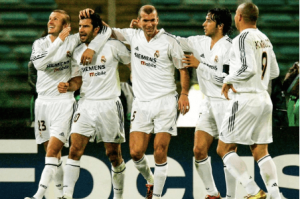 The extravaganza could not produce the desired results. The policy was extended. Kaka, Karim Benzema, and manager Jose Mourinho joined. More silverware proved hard to obtain.

In 2014, they achieved ‘La Decima.’ In the final of the Champions League, they won in extra-time quite dramatically.

Real Madrid is one of the only three clubs in Spain’s history that has never been relegated from La Liga.

Its fiercest rival is FC Barcelona. When we dig deep, it extends to political views and country loyalty in the mix. Their biggest derby win came on 19th June 1943 when they defeated FC Barcelona 11-1. 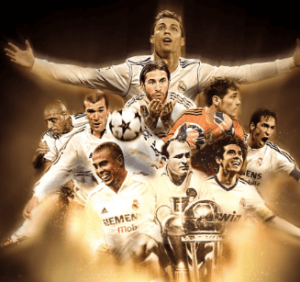 Raul holds the record for most Real Madrid appearances, having played 741 matches. Christiano Ronaldo is the all-time top scorer for the club with 450 goals. 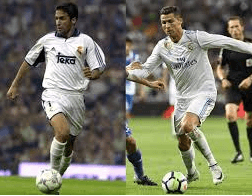 It remains among the richest and most valuable clubs in the world.

A Harvard University study showed that Real Madrid is the most popular team in the world. Its fan base is of more than 228 million supporters. FIFA declared Real Madrid as the best football club of the 20th century. It deserves the status.

GAME OF THE CENTURY: THE 1970 WORLD CUP SEMI-FINAL (West Germany Vs Italy)