Home > Cricket > Records made during the first West Indies-England Test 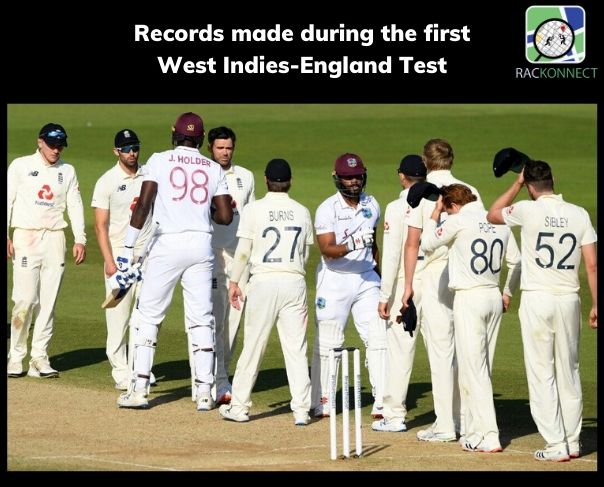 West Indies defeated England in the first test in arguably cricket’s longest break in the modern era. The match went into the last session and ended with England falling to a four-wicket defeat at the Ageas Oval in Southampton. After initial breakthroughs, the England pacers found it hard to break the Jamaican wall, ending Ben Stokes’ first match as a captain in a defeat.

We take a look at the records made in this test –

The second test between England and West Indies begins 16th July and will be played at the Old Trafford Cricket Stadium in Manchester. This is a three-match test series.

I M Vijayan: The Hero of Indian Football