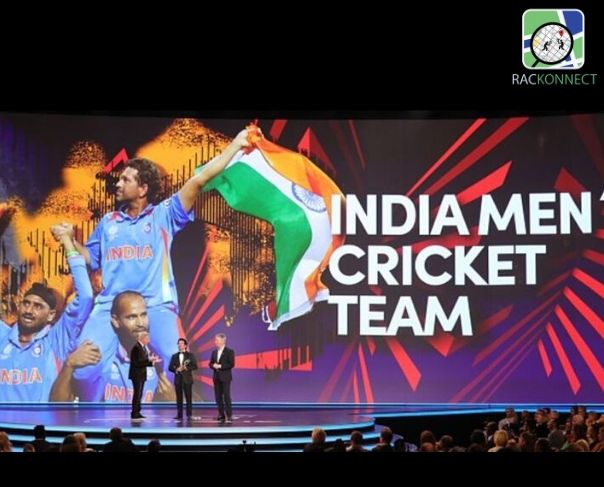 Sachin Tendulkar, the greatest batsman in the history of Cricket, once again made the country proud, as he was honoured with the prestigious Laureus World Sports Awards in Berlin. 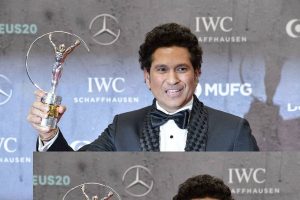 The moment after India’s triumph in the ICC Cricket World Cup 2011, when Sachin Tendulkar was hoisted on the shoulders of his teammates and paraded around the Wankhede stadium, has been awarded the Laureus Sporting Moment of the last 20 years.

The award for the period 2000-2020 celebrated moments from the past two decades where the sport has unified people most extraordinarily.

‘Carried on the Shoulders of Nation’, as the moment is called, received the maximum no of votes to emerge a winner.

On 17 February, Tendulkar received the award from former Australian Captain, Steve Waugh after Tennis legend, Borris Becker made the announcement. 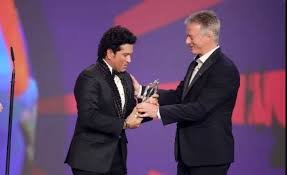 “It’s incredible“, Tendulkar said after receiving the award. Emotionally, he said, “the feeling of winning the World Cup was beyond what words can express. How many times [can] you get an event happening where there are no mixed opinions? Very rarely the entire country celebrates, and this is a reminder of how powerful a sport is, and what magic it does to our lives. Even now when I watch that it has stayed with me.”

It was Tendulkar’s sixth and final World Cup appearance and his dream came true with MS Dhoni’s match-winning six. Recalling the World Cup-winning moment, Sachin said that lifting the trophy on behalf of his countrymen, was the ‘proudest moment of his life’.

Recalling the time after India won the World Cup in 1983, he said, “But somewhere I knew something special has happened to the country and I wanted to experience it one day and that’s how my journey began.“

Tennis great Boris Becker asked Sachin Tendulkar how it felt to lay hands on the World Cup trophy after waiting for almost 22 years. The Cricket great happily replied by saying that the wait taught him to never give up and lose hope in life.

It was a moment of honour for the highest run-getter in the cricket world. He ended his speech by saying, “Today sitting in this room with so many athletes, some of them did not have everything but they made the best of everything they had. I thank them for inspiring youngsters to pick a sport of their choice and chase their dreams. This trophy belongs to all of us, it’s not just about me.”

Batting talents to look out for in 2020