Home > Hockey > Sandeep Singh: An inspiring chapter in the books of Indian Hockey 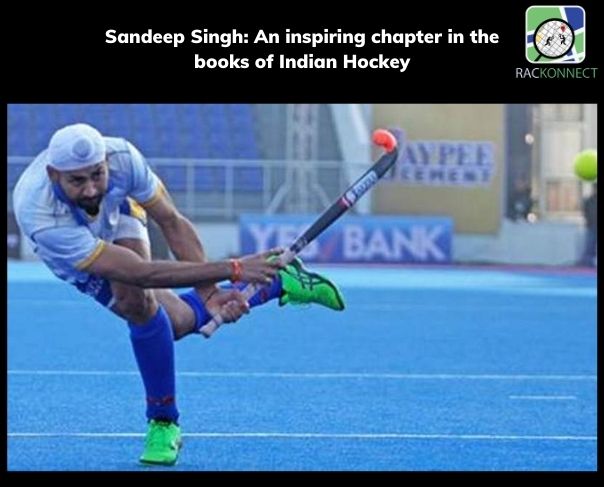 Sandeep Singh, popularly known as flicker Singh is one of the greatest captains the Indian Hockey Team has ever produced. His unbelievable comeback after a bullet accident is one of a kind. 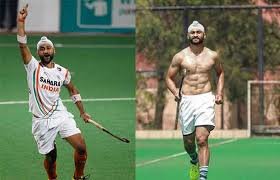 When he was just 17 years old, Singh became the youngest Indian hockey player to play for the National Team at the 2004 Athens Olympics. Earlier in 2003, he became the highest goal scorer at the Junior World Cup with 12 goals. This was the first time that India secured the Cup in its history. His journey from playing for the Indian team to becoming Haryana’s Sports Minister is like none other.

In 2006, the youngster was called up for his maiden World Cup in Germany but unfortunately, things turned upside down just a few days before the World Cup. The incident happened on August 22 of the same year when he was traveling to Delhi to join the Indian National team ahead for their departure to Germany for the World Cup.

Singh was hit by a bullet when the Railway Protection Jawan accidentally pulled the trigger while cleaning the rifle. The bullet hit his lower abdomen and at the same time, the dream of making an appearance at the World Cup came shattering down. The accident resulted in damage to the spine, kidney, and other organs which resulted in a 40% loss of body weight. Moreover, it rendered Sandeep in a coma for days.

The doctors informed that he would be paralyzed below the torso and will be confined to a wheelchair for a lifetime. It was a shock for the 20-year-old as it seemed that he would not be able to pick up the hockey stick again.

His brother, Bikramjeet gave him a hockey stick as a reminder to stay focused and determined to return to the hockey field. Later, The Indian Hockey Federation sanctioned funds to complete his treatment in the Netherlands.

Singh returned to play for India after almost two months. He made his comeback at the 2008 Azlan Shah Cup where he emerged as the top scorer with nine goals. However, his main aim as the Captain of the Indian team was to qualify for the 2012 Olympics after failing to qualify for the 2008 edition.

During the qualifying rounds in New Delhi, he scored five goals in a game and beat Dhanraj Pillai’s record for the highest number of goals by an Indian in a tournament. Though the team had a disappointing campaign at the Olympics, Sandeep’s story of grit and determination is an example that every adversity can be faced and overcome with one’s will power.

The captain retired in 2014 as is now serving as the Sports Minister of Haryana. In the Bollywood movie, Soorma, he is portrayed by Diljit Dosanjh, which is based on the story of Sandeep Singh’s life.

Diljit Dosanjh visited hockey legend Sandeep Singh's hometown and met his family, before the release of #Soorma… Got a gift from Sandeep's father: Hockey stick… Same hockey stick that was with Sandeep throughout the period when he was paralyzed. pic.twitter.com/vm1GoQWTIW