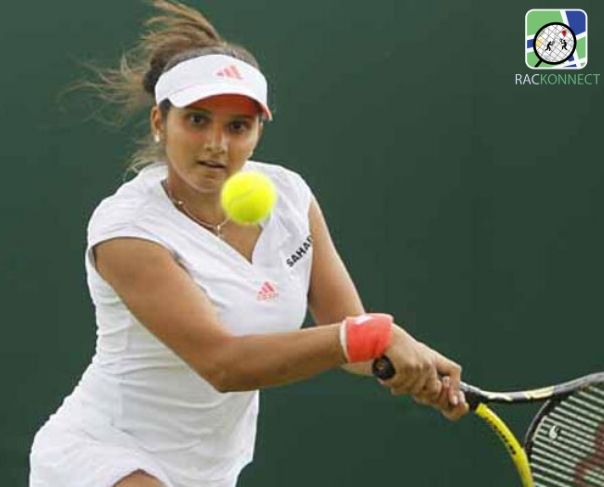 When people talk about Women’s Tennis in India, the first name that comes in our mind is Sania Mirza. The former World no. 1 has gifted the country with many accomplishments. In 2004, she was conferred with the Arjuna award for her contribution to tennis. In a career that is going strong for almost 30 years, let’s take a look at Mirza’s top 5 performances.

Sania introduced herself on the International circuit by winning the Wimbledon Girl’s Doubles title. The 17-year-old partnered with a Russian player,  Alisa Kleybanova. In the final, they lost the first set by a score of 6-2 to Czech Katerina Bohmova and Dutch Michaela Krajicek. But the Indo-Russian pair fought back to win the second set 6-3 and force a decider. The pair wrapped up the championship with a 6-2 win in the decider. A historic moment for Sania, as she became the first Indian woman to win the Wimbledon title. 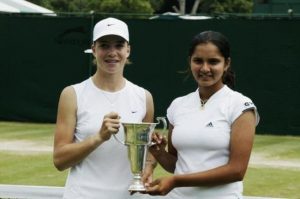 Sania partnered with Mahesh Bhupathi for the mixed doubles event. They faced a difficult draw against 6th seeds, Pavel Vizner and Kveta Peschke, in the first round. However, with their determination, they streamed to the finals with only a 1 set loss on their journey. The final match was against Andy Ram and Nathalie Dechy, and the Indian pair broke their opponents with a 2-0 lead. But the French-Israile pair came back and leveled the score to 2-2. The Indians were in no mood to lose, and they won the Championship 6-3, 6-1. This was Sania Mirza’s first Grand Slam victory.

There was no stopping for the Sania- Bhupathi pair as they went on to win the 2012 French Open title. This was the second Grand Slam title for Saina in doubles discipline and her first French Open title. The Indian pair scored 7-6, 6-1 against Polish Mexican pair of Klaudia Jans and Santiago Gonzalez to claim the title. 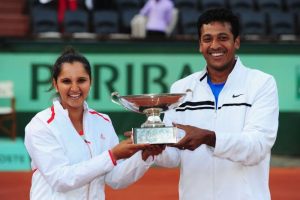 The Indo-Swiss pair of Sania and Hingis went on to win the US Open title. They were the top seeds and they defeated Casey Dellacqua and Yaroslava Shvedova by 6-3, 6-3 in the final. With this win, the pair claimed their second consecutive Grand Slam title of the year. It was in the same year that Sania secured the year-ending World no. 1 ranking and wrapped up her 2015 season with 10 WTA titles and 2 Grand Slams. 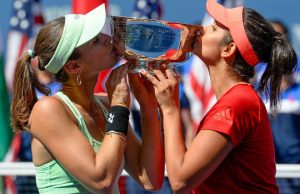 How to mix up your serve in Tennis