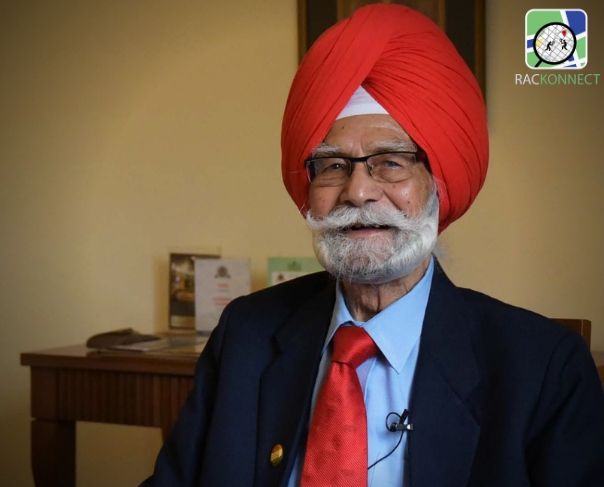 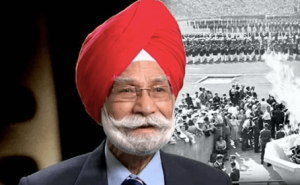 Balbir Singh Sr’s name needs no introduction. He is a three-time Olympic gold medalist (1948, 1952 and 1956). With 3 straight Hockey Golds, he was nicknamed ‘Hat-trick Balbir’ by his fans. Today, he is the only living member of the 1948 Olympic Hockey Gold winning team.

Balbir Singh was born on 10th October 1924 in Haripur Khalsa village of Jalandhar district in India. His full name is Balbir Singh Dosanjh. His father Dalip Singh Dosanjh was a freedom fighter. His wife Sushil was from Model Town in Lahore. They got married in 1946.

Balbir used to visit grounds and watch boys playing Hockey. It was love at first sight. He would sit for hours and watch boys showing their skills in the game of Hockey. His supportive father realized his passion. Balbir received his first hockey stick on his sixth birthday. Nobody knew that the boy from Punjab will script history with it. He fell in love with the gift and carried it everywhere, even in bed.

He would practice with a tennis ball for hours. He grew up with only one dream. It was to show his Hockey skills to the world and bring glory to the nation. 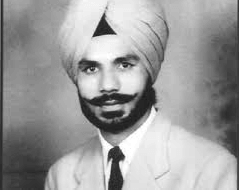 As per him, his finest hour was the Gold in the 1948 London Olympics. India was recovering from the painful memories of partition. The win provided the much needed psychological medicine to the nation. India defeated their colonial masters, Britain, in the gold medal match. Defeating Britain in their backyard made the triumph even sweeter. As per Balbir Ji – “I felt on the top of the world.”

His world record of 5 goals in the final of the Olympics still stands. He scored these in the finals of the 1952 Helsinki Olympics. No other player has reached near, forget about equaling or breaking it. India defeated the Nederland 6-1. 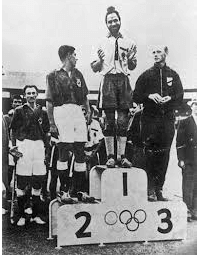 Balbir Sr is regarded as the best centre-forward in the Hockey. There is an interesting story behind the suffix, ‘Senior’ in his name. There were 3 Balbir Singhs in the national team. He was the senior-most among them. So ‘Senior’ was added to his name.

He also worked as DSP in the Punjab Police. He was the first player to receive Padma Shree in sports in 1957. In 1958, the Dominican Republic issued a stamp on him. In 2012, Olympic history from 776 BC to 2012 London Games was displayed at the Royal Opera House in London. Sports historians released a list of all-time top-16 players. Balbir Singh was among those 16 iconic players in the world. 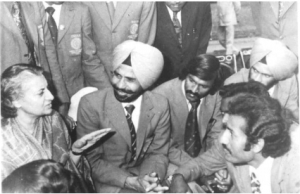 A sports personality like Balbir Singh Sr occurs once in a century. So many polls around the world have declared him as the best player in the history of Hockey. His contribution is beyond awards. He is one of the precious most gems in the Hockey World. His aura is beyond words, but I have to choose one. The word is ‘LEGEND.’