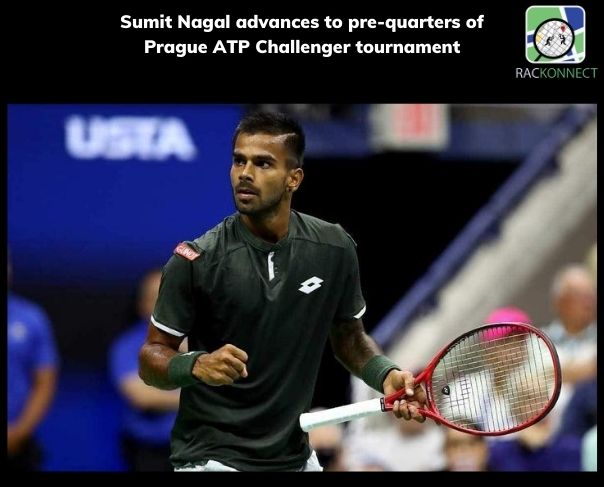 The Prague Challenger is the first ATP tournament for Sumit Nagal post lockdown since the Davis Cup in March. The Indian Tennis star darted into the pre-quarterfinals after a convincing victory over UK’s, Jay Clarke.

Nagal was enjoying a 6-3, 5-7, 4-1 lead in the match when Clarke decided to retire hurt midway from the second-round match, after playing for over two hours. After a successful return on the International Circuit, Nagal told ATP, “I don’t think I’m too far from it… getting that double-digit ranking.”

Thanks for the birthday wishes everyone. Gave this win to myself as a present 🤪 Prague Round 2 ✅ #ATPPragueOpen

Nagal entered the Prague tournament as the sixth seed against World no. 166, Jay Clarke. After losing the second game early, Nagal broke his opponent in the remaining games to win the first set 6-3. Clarke gathered his momentum taking the second set 7-5, leveling the match 1-1. However, in the middle of the third set, Clarke retired out of injury which was the end of the 2 hours 13-minute match.

Nagal ranked 127 in the World had received a bye in the opening round. It was a successful return for Nagal post the lockdown period. Heading forward to the pre-quarters, he will be facing Czech Republic’s, Jiri Lehecka. The match will start at 3:30 pm IST today.

Other Indians in the competition include Divij Sharan and N Sriram Balaji, who will be playing the doubles event with different partners. Sharan will partner Dutchman Robin Haase as the number one seed and Balaji will join hands with Belgium’s Kimmer Coppejans. Moreover, even Nadal will feature in doubles partnering Belarusian Ilya Ivashka.

Earlier this month, Nagal received a direct entry into the men’s singles main draw of the US Open 2020. It is scheduled to be played from August 31 to September 13 in New York, United States. The Challenger event will act as a warm-up for Nagal for the US Open 2020 which will be his second Grand Slam main draw appearance.