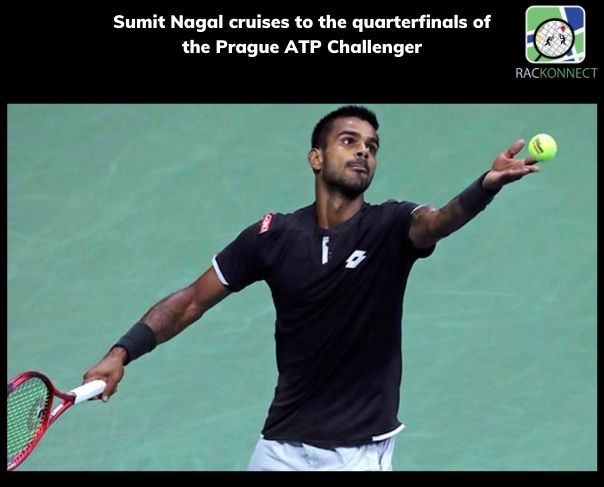 It was a comeback from behind win for Nagal over lower-ranked Lehecka. The sixth seed and World no. 127 had to fight hard to prevail as the winner in 2 hours and 21 minutes of the Euro 137,560 clay-court event.

Well, the next round will be tougher as Nagal will face Olympic Gold medallist, Stan Wawrinka in the quarters after the Swiss defeated Germany’s Oscar Otte 6-3, 5-7, 6-1. Moreover, the three-time Grand Slam winner, Stan Wawrinka, is the only Top 50 player in the event. The match is scheduled today at 5:30 pm (IST).

Moreover, Nagal is also competing in the doubles draw with Belarusian Ilya Ivashka. They will be playing against the New Zealand-Slovakian duo of Artem Sitak and Igor Zelenay.

The other Indians featuring in the tournament are Divij Sharan and N Sriram Balaji who will be playing doubles with different partners. Sharan will partner Dutchman Robin Haase as the number one seed and Balaji will join hands with Belgium’s Kimmer Coppejans. Both the doubles pairs have advanced to the quarterfinals.

The number one seed pair had a 6-3 6-2 win over Jonas Forejtek and Michael Vrbensky. The other pair of Sriram Balaji and Kimmer Coppejans defeated Andres Molteni and Hugo Nys 7-5 4-6 10-6 in their round of 16 match.

Earlier this month, Nagal received a direct entry into the men’s singles main draw of the US Open 2020. It is scheduled to be played from August 31 to September 13 in New York, United States. The Challenger event will act as a warm-up for Nagal for the US Open 2020 which will be his second Grand Slam main draw appearance.