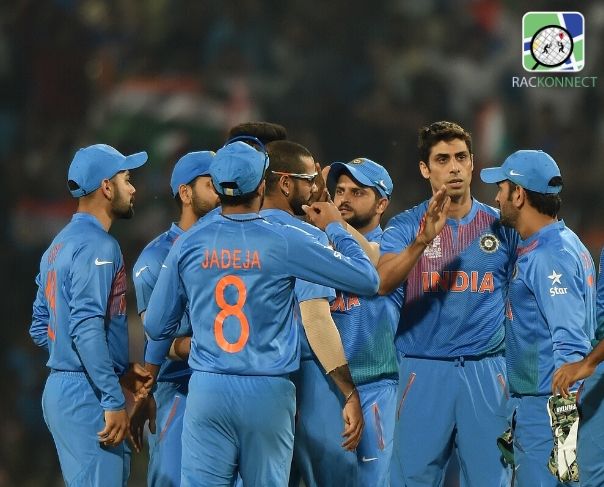 Four years ago, on 23rd March 2016, India were in a do or die situation with their backs to the wall against Bangladesh. Having lost their opening game to New Zealand, India were massively under the pump and a loss against Bangladesh would have surely knocked the hosts out of the tournament.

Batting first, India couldn’t quite accelerate at any point throughout their innings. All the batsmen got decent starts but couldn’t quite play the defining innings. Suresh Raina (30 off 23 balls) and Hardik Pandya (15 off 7 balls) played crucial cameos in the middle but were not able to continue it till the end. Some late flow of runs from the likes of Ravindra Jadeja and Ravichandran Ashwin ensured that India reached 146-7 in their 20 overs.

Chasing just 147 runs to win on a small ground like Chinnaswamy Stadium, Bangladesh needed a good start to call the shots in the game. After losing Mohammad Mithun early, Tamim Iqbal (35 off 32 balls) and Sabbir Rehman (26 off 15 balls) formed a crucial partnership and Bangladesh looked in complete control. After both of them were stumped by the brilliance of MS Dhoni, Shakib Al Hasan and Soumya Sarkar tried to consolidate Bangladesh’s innings.

The game seemed to get tighter but Bangladesh were able to find boundaries at right intervals and were able to take the game deep. With 11 needed off the last over, Dhoni gave Hardik Pandya the responsibility to bowl that over. After taking a single off the first ball, Mushfiqur Rahim smashed Pandya for two consecutive boundaries and began to celebrate as if the game was already won. But 2 runs were still needed off 3 balls.

Trying to finish off the game in style, Rahim hit the ball straight down the throat of Shikhar Dhawan at deep mid-wicket, making the equation 2 from 2 balls. The very next ball, Mahmudullah repeated the same mistake and was caught at deep square-leg by Ravindra Jadeja. 2 runs were required off the last ball and India desperately needed a wicket off this ball to win the game and stay alive in the tournament.

Pandya bowled the ball short and wide, making the batsman reach for it and missed it. Dhoni then collected the ball and rather than throwing the ball at the stump, he scampered and took the bails off by himself, helping India prevent the run on the last ball and win the game by one run. India had miraculously managed to snatch victory from the jaws of defeat and Rahim had learnt a great lesson that never celebrate before the game is over. This win will surely go down as one of India’s most famous wins in T20Is.

Tips For Batting In Cricket

Sanjeev Chawla, Hansie Cronje, and recent unveiling of scars of cricket from 2000