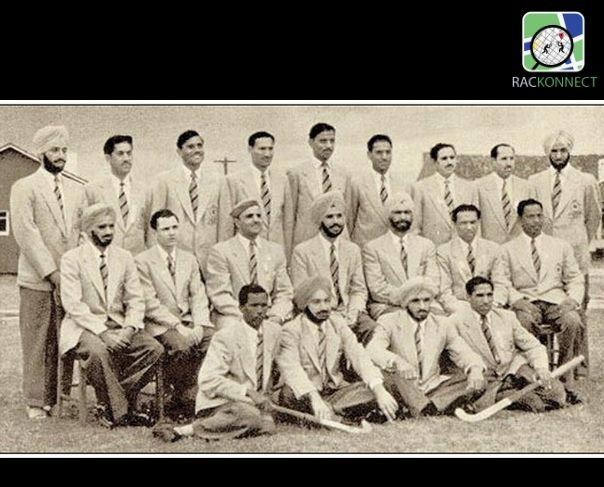 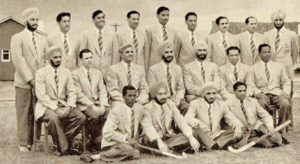 When the Indian Hockey team left the Indian shores in 1956, many people termed them as the best team of all times. The team was a perfect blend of youth and experience.

Before the Olympics, the team played four warm-up games in Ambala. The Indian Hockey Federation stressed on the fitness of the players. This is why Gurusevak Singh was ruled unfit,due to a dodgy knee. Amit Singh Bakshi replaced him at the last moment.

The world was passing through political tension. Many Middle East nations stayed away due to imbroglio of the Suez Canal. Spain and Nederland did not participate in the protest against the Russian handling of the Hungarian revolution. ‘The Oranges’ were runners up of the 1952 Helsinki edition. The absence of Dutch meant that tournament had one less medal contender.

12 teams participated in the four-yearly tournament. Future champions Australia and New Zealand appeared for the first time. The teams were split into three groups of four each. India was in Group A.

In the Melbourne game, the League phase was an easy affair for India. They breezed through in the opening two matches with double-digit triumphs. They dominated Afghanistan 14-0 in the first game. The top scorer was skipper Balbir Singh who netted five goals.

Next was the USA. They had thumped them with a score of 16-0. Singapore was lucky that their weak squad was down by only 6-0. Udham Singh and Charles Stephen scored two goals each. Sadly for India, Balbir Singh suffered a fractured finger in the first match. Udham Singh got the opportunity. He stole the limelight by scoring seven goals against the USA and two against Singapore.

In Group B, Great Britain and Australia finished on equal points. A playoff win of 1-0 for the British team over Australia took them to the semis. Pakistan and Germany played a goalless draw and both advanced to SF. They finished at the first and second position in Group C. 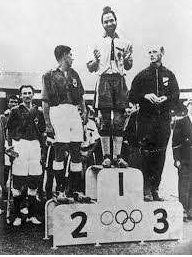 The final was a clash of two neighbours. It was the first Olympic Hockey encounter between India and Pakistan since the partition of the nation.

In front of a frenzied crowd, the match remained goalless in the first half. The rivals had displayed the mesmerizing art of traditional hockey. In the 38th minute, the match took a twist. India was awarded a penalty corner. The ball was pushed by Udham Singh and Raghbir Singh Bhola stopped it. Randhir Singh gently hit the ball. Due to error by a Pakistani defender, the ball could not be cleared properly. It was because of this error that the ball trickled over the goal line. It remained the only goal of the title match.

It was hardly a surprise when the Indian team returned with their 6th gold medal. It was then a record for any country for consecutive Golds in any team sport at the Olympics. Udham Singh scored 15 goals. It is still the highest tally by an Indian in an Olympic. Balbir Singh Sr, Randhir Singh Gentle, and Ranganathan Francis joined Dhyan Chand and Richard James Allen as triple Gold medalist for India.

After 1928, it was the only instance when India did not concede a single goal in the entire tournament. They matched their Olympic record. It was another unforgettable performance from our golden years of Hockey. India completed its second golden hat-trick.