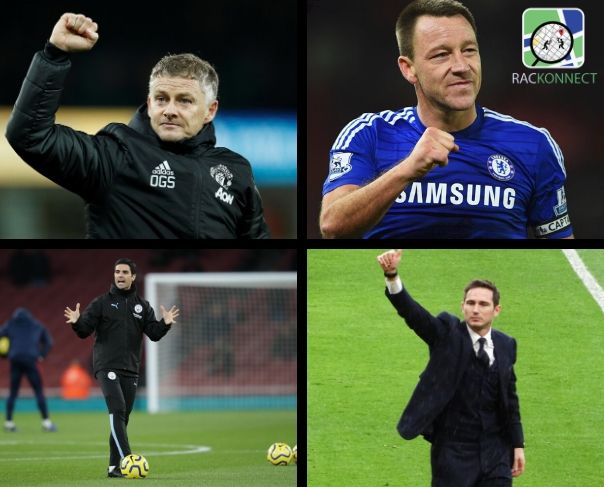 On 20 December 2019, Arsenal signed Mikel Arteta as their manager. It was, for many, a watershed moment in the history of Premier League and world football. With this deal, there are now three footballing legends sitting at the hot-seat of their former clubs. Will they become stars in management as well?

Ole Gunner Solskjaer, the dream-hero for everyone who knows the fairy-tale of Champions League final 1999, was appointed the manager at Manchester United after Jose Mourinho was sacked. The former striker was a go-to man under Sir Alex Ferguson but has only managed to deliver in bits and pieces so far.

Moving on to Stamford Bridge, the story is even more conjoining. Chelsea and Premier League legend and arguably one of the best midfielders England has ever produced, Frank Lampard took the reins at Stamford Bridge at the beginning of this season. He has imposed his faith in youngsters and his side plays a style that involves high octane-pressing and quick interchange of passes.

John Terry, the most consistent and long-lasting English defender in this century, is currently serving as the assistant manager at Aston Villa. As and when he takes the plunge, we will see more of him and his style.

There’s one thing in common amongst all these players-turned-managers. They command a huge amount of respect from management and fan following. Let’s break down their styles a little bit.

Mikel Arteta, a Spaniard, comes from the Spanish school of possession football. Having worked under Pep Guardiola at Manchester City during his previous job, he has seen the intricacies of tiki-taka and knows how to modify it to match the rigors of the Premier League. His side is already playing eye-catching football, positioning themselves in triangles to also have more than one man available at all times.

At Stamford Bridge, Lampard has brought in a wave of fresh air. Having played most of his football under Jose Mourinho, Lampard understands the importance of shape and rigidity in his team’s formation. To Mourinho’s resolute defensive style, he has added brevity, hunger and willingness to go ahead into the opposition box and hurt them. This has resulted in some breath-taking football that his young side has displayed, with several players earning debuts in his short tenure.

At Old Trafford, counter-attacking football is back and how! The likes of Marcus Rashford, Anthony Martial, Dan James, and Mason Greenwood enjoy running at defenses and are scoring goals aplenty. Rashford, clearly, has enjoyed more freedom and flourished under the Norwegian. The team is undergoing transition but looks set for big things.

There’s no surety that these coaches will turn into world-beaters in their new roles, but there’s certainly no doubt that they know how to win a football match. If they can instill that into their players with sound backing from the management, they might just turn into the Wengers and Klopps of the next few decades.

One thing is for sure. In the next decade, the fans are in for a rollicking run. They have seen these superstars thread the inch-perfect pass, score the blinder, save the stunner and more. Now, they will witness the patience, the maturity and the perseverance that comes with the new job. Will ‘Cometh the hour, cometh the man’ suit these stalwarts? We’ll have to wait and watch.